Facebook launched Safety Check two years ago, which allowed users to check-in during natural disasters and more. When these safety checks were triggered were usually determined by Facebook, but the social network says now the feature will be initiated by users.

The company explains “when a lot of people post about an incident from the affected area, they may be asked if they’re safe. Once marked safe, a person can then invite friends to do the same.” 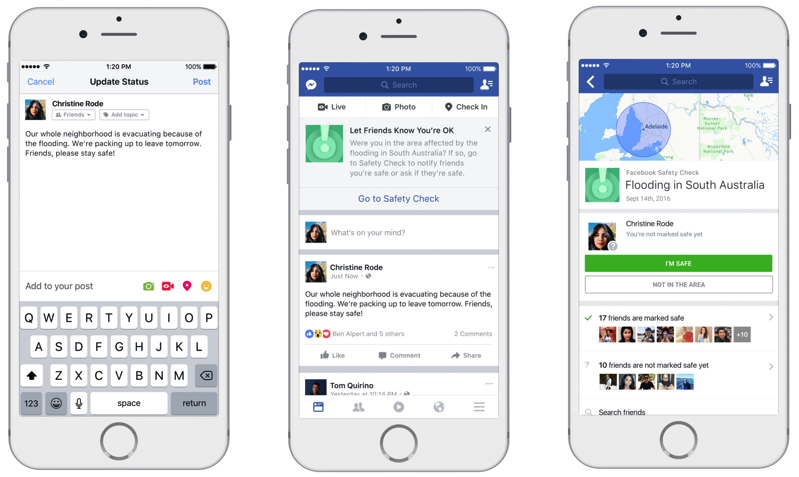 Facebook says an update to Community Help will make it easier for people to give or receive help in the form of shelter, food and supplies. The social network referenced the devastating fires this year in Fort McMurray, as an example of how people used Facebook to help people find a place to stay.

So now when people post about a natural disaster, it can result in Facebook asking users to “Let Friends Know You’re Okay”, which then triggers a push notification to ask users to respond with either “I’m Safe” or “Not in the Area”.

While not everybody uses Facebook, the social network can be a powerful way to communicate in times of crisis or emergency.

Weeks after the official launch of the iPhone 14, Apple is already scaling up its new flagship product production. In order to meet demand, Apple will now be manufacturing its devices in India via Foxconn's plant in Sriperumbudur, Tamil Nadu. Apple officially revealed the iPhone 14 series on September 7th. Following its launch soon after,...
Steve Vegvari
36 mins ago