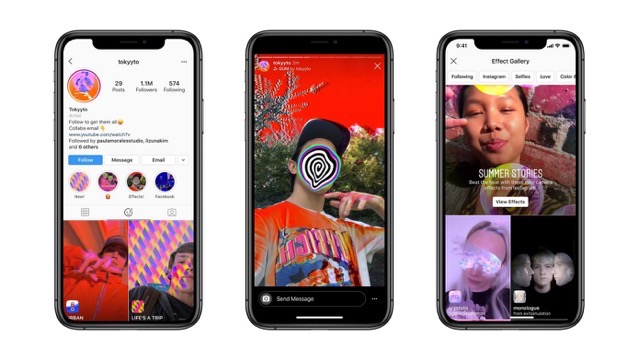 At its F8 keynote earlier this year, Facebook had announced that it will soon be opening its closed beta of Spark AR developer toolkit on Instagram and today, the company has officially made it available to all developers allowing them to build and share augmented reality filters on Instagram (via TechCrunch):

“Phone-based AR isn’t the piping-hot platform it was when Mark Zuckerberg devoted the top-half of his 2017 F8 keynote to highlighting the company’s AR Camera Effects platform, but two-and-a-half years later the company is ready to let more developers give it a whirl.”

The source notes that filters and effects created using the Spark AR app can show up in a few ways on Instagram. For instance, if a user is following someone that has shared effects on the platform, they may pop up in the user’s effects tray in the camera section of the app.

At the same time, Facebook is also introducing a new Effects Gallery where users can search for new filters. Although the Effects Gallery hasn’t yet been highlighted on the platform, users can scroll to reach the end of the effects tray in the Instagram camera and click on it there.

Instagram users will soon be seeing the effects being used in Stories as well.