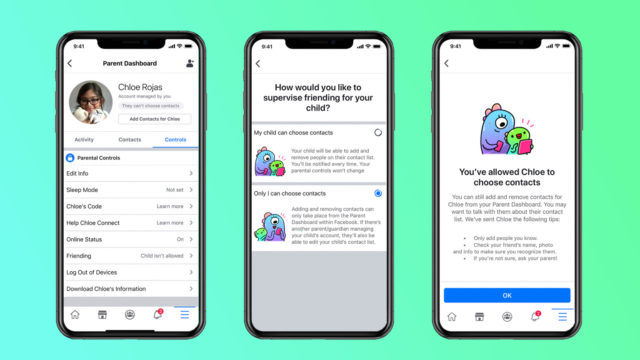 Originally launched in 2017, Messenger Kids was a child-friendly version of Facebook’s Messenger app, with increased parental controls in the US. The following year, Facebook expanded the app’s accessibility to Canada and Peru.

Through a blog post, Antigone Davis, the Global Head of Safety at Facebook revealed that the Messenger Kids app would be available in 70 new countries around the world, with “more coming soon”. A full list of new countries and regions can be found here.

Along with launching in countries such as Japan, Australia, and India, Facebook has added a few new features to the app to help kids connect with one another. The company has said that the strict controls, while inherently useful, have made the ease of use on the child’s end a bit difficult.

The first new feature included in the expansion is called Supervised Friending. It gives the child more independence when adding new contacts to their list. Once enabled, parents are still able to monitor who their child is adding and rejecting while maintaining full control to override if they wish. Facebook has stated this feature is now available in the US, but will gradually roll out to the various added countries.

Another feature that will be available helps parents allow kids to interact with teachers, coaches, and other parents through the app. This feature is being designed so the other parent can help connect that child with other likeminded kids in groups. The approved adults can only interact with kids who’s parents have enabled this feature. As with Supervised Friending, this feature will be available in the US now and roll out gradually at a later time.

Finally, Facebook is allowing kids to publish their name and profile picture to help connect with other kids. This is intended to assist in visibility and make adding contacts a bit easier. This feature is available in the US, Canada, and Latin America. Though it will be accessible to other countries “in the coming weeks”.

Facebook maintains the message that parents are still in control. They punctuate the message by stating all the new features can still be monitored through the Parent Dashboard.