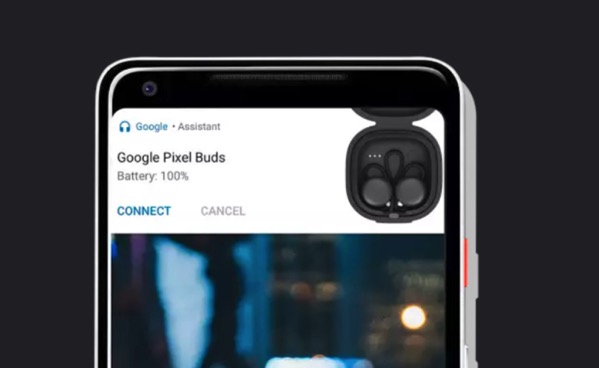 Ever since Apple debuted the custom W1 chip in its “truly wireless” AirPods and a bunch of other Beats headphones, that makes iPhone and iPad users forget how awful pairing over Bluetooth can be, Google has been working on something like that for its Android devices and now, the company has finally come up with a new ‘Fast Pair’ option for devices running Android 6.0 or above (via The Verge).

The feature uses Bluetooth Low Energy and your Android phone’s location to automatically discover Bluetooth accessories in close proximity and then automatically connect with a tap. It even shows a picture of the product you’re using, just like you see on iOS when pairing with AirPods or a W1 chip Beats headphone.

Once you hit connect, you should see a confirmation when pairing is successful, following which your Android device will offer to download the accessory’s companion app, if available. Since the actual pairing process still uses “classic Bluetooth”, Google has not made any claims about improved connection reliability.

Any shred of mystery Google was saving for its Pixel 7 series launch event on Thursday, October 6, likely dissipated when a detailed and legit-looking spec sheet for the two phones leaked online over the weekend (via 9to5Google). Apparently, a mobile carrier in Taiwan prematurely shared the spec sheet for Google's Pixel 7 and Pixel...
Nehal Malik
53 mins ago