An Apple Watch app named NightWare, that helps people suffering from traumatic nightmares related to conditions such as Post-traumatic stress disorder (PTSD), has been cleared by FDA for release in the App Store, Engadget is reporting. 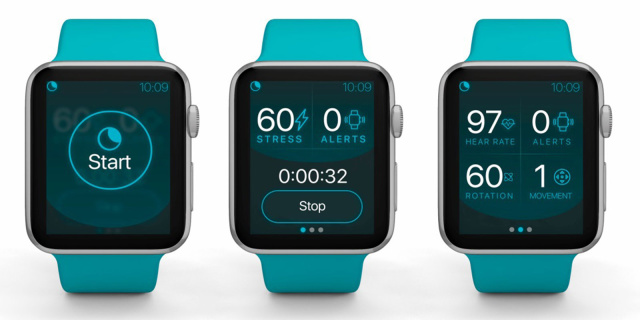 The app continuously collects heart rate, accelerometer, and gyroscope data, and uses it to compute a stress threshold. If the stress threshold exceeds a learned threshold for the individual, the app intervenes by vibrating.

The app starts with a low-intensity intervention and gradually increases the intensity enough to arouse, but not awaken the individual. There’s no guarantee the app will work, although the FDA said that a study showed better sleep quality with NightWare involved than in a control group.

NightWare is prescription-only, and its eponymous company stressed that this wasn’t a standalone treatment. It’s part of a larger strategy that includes medication. It also warned against trying the Apple Watch therapy if you “act out” during sleep.

Since the app is considered low risk, it might play a useful role if other treatments aren’t working.