How to Find Nearby Stores that Accept Apple Pay in Canada

For the longest time, Canadian Apple users dreamed of Apple Pay arriving, and those dreams came true less than ten days ago. Of course, despite the launch being limited to American Express, it’s a start, no matter how badly you want your bank to support it as well.

One problem with Apple Pay and American Express is trying to find a store that accepts the latter, plus also contactless payments. Major chains such as Shopper’s Drug Mart, Tim Hortons, McDonald’s, Starbucks and more support Apple Pay. But there has to be an easier way, right?

Below are some suggestions on how to find stores nearby that accept Apple Pay.

Created by payments industry veteran Brian Roemmele, the app lists businesses nearby where people can note whether or not Apple Pay is accepted. When the app first launched, it didn’t work for us in Canada, but now it does show stores nearby. One issue though, is the app shows stores that I know do not accept Apple Pay on the map, which can make things crowded. 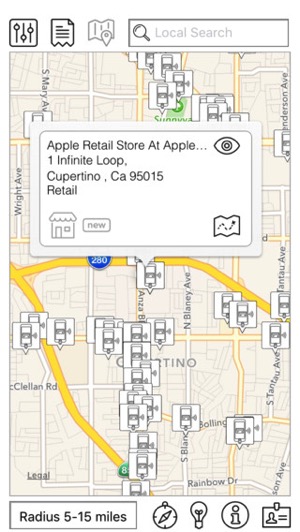 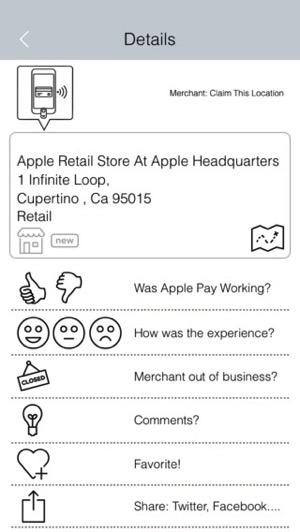 This app says it supports the U.S. and the UK, but it also works in Canada. It lists Apple Pay locations on a map or within a list, and for the most part it’s fairly accurate. Users can add new locations and note whether Apple Pay is supported with ‘one step’, ‘more steps in transaction’ or ‘does not accept Apple Pay’. For now, the map only shows stores that support Apple Pay, which is preferable versus Pay Finders.

If there’s one app to crowdsource Apple Pay locations, this one looks to be it for now, until a better app comes along. Developers, this is your chance. 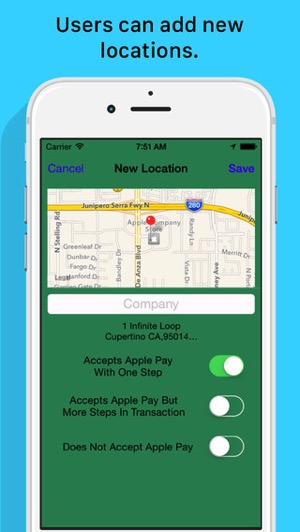 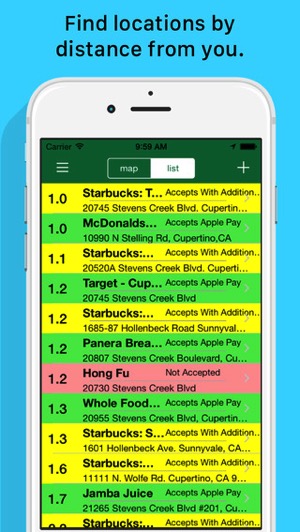 Yesterday we told you Apple Maps started showing Apple Pay badges within search result details. Again, this can be one way of discovering which locations near you support Apple Pay. 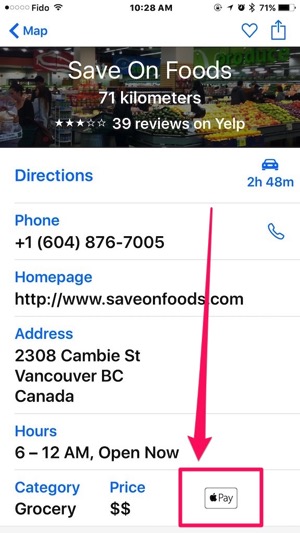 Apple Pay is still within its infancy in Canada, and it will take time for more retailers to accept contactless payments and American Express. Want your favourite store to accept Apple Pay and Amex? Talk to a manager and ask for it. Let them know it’s a selling feature for them to earn your business. Money talks!

Credit card processor Moneris told us previously tap-to-pay is not enabled by default for Amex merchants, as some stores don’t want it on. But the company did further clarify to us “we’re being proactive with any new merchant or existing merchant that wants to accept Amex to inform them of the benefits of contactless.”