The folks over at Refinery29 got the chance try out Apple’s new HomePod this morning, the company’s first take on the smart speaker which will be available for US $349 on February 9 in select countries with pre-orders launching tomorrow. “It was my first chance to see Siri in action, learn how the device is setup, and get a look at its smart home integrations — and I was impressed”, writes Madeline Buxton. 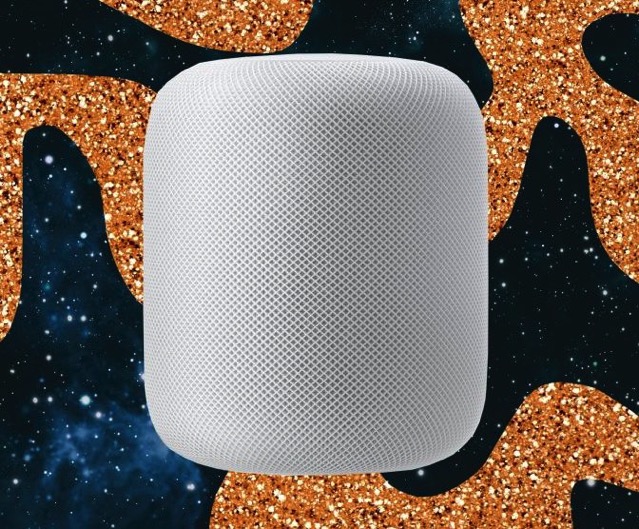 Buxton starts off by describing the HomePod as super sleek and “surprisingly small” in person than it appears in photos. It can be compared to the Sonos One in terms of its size, and is much smaller than the Google Home Max. “It blends in so seamlessly that I didn’t even notice it when I walked into the room”.

Sound wise, Buxton says the vocals sounded consistently crisper and clearer on HomePod when played next to Google Home Max, the latest Amazon Echo, and Sonos One. “The pluck of guitar strings pops, and bass notes have the robust thump-thump you want from them”.

She also notes that regardless of where you are in the room, HomePod’s sound quality stays strong, thanks to the speaker’s ability to automatically tune to the size of the room.

You can get Siri’s attention when you want to change the volume or switch songs without screaming at her — just a gentle “hey, Siri” will do. Siri, however, could be HomePod’s biggest selling challenge. Even though the virtual assistant is an OG compared to Alexa and the Google Assistant, it hasn’t stayed the frontrunner and has often been the butt of jokes online.

Apple made an effort to up Siri’s music knowledge in advance of HomePod’s release, and it shows. When playing songs, Siri’s pronunciation was correct and it could provide useful info about individual band members and albums. If you have smart devices set up in your home, like Philips Hue lightbulbs or a connected, electric kettle, you can call on Siri to control those, too.

Buxton concludes her review by pointing out that even though AirPlay can be used to stream music from any service through the HomePod, Siri won’t be able to tell you detailed information about a song or album unless that song is playing through Apple Music, which means you must subscribe to Apple’s music streaming service to enjoy all the speaker’s benefits.

Looks like we’ll have to wait a little longer for more detailed reviews on how the iPhone maker’s first smart speaker performs in real life.