Ahead of Apple Watch preorders set to go live in one week at 12:01AM PDT/3:01AM EDT, Apple has updated its website to share guided tours for the new smartwatch. 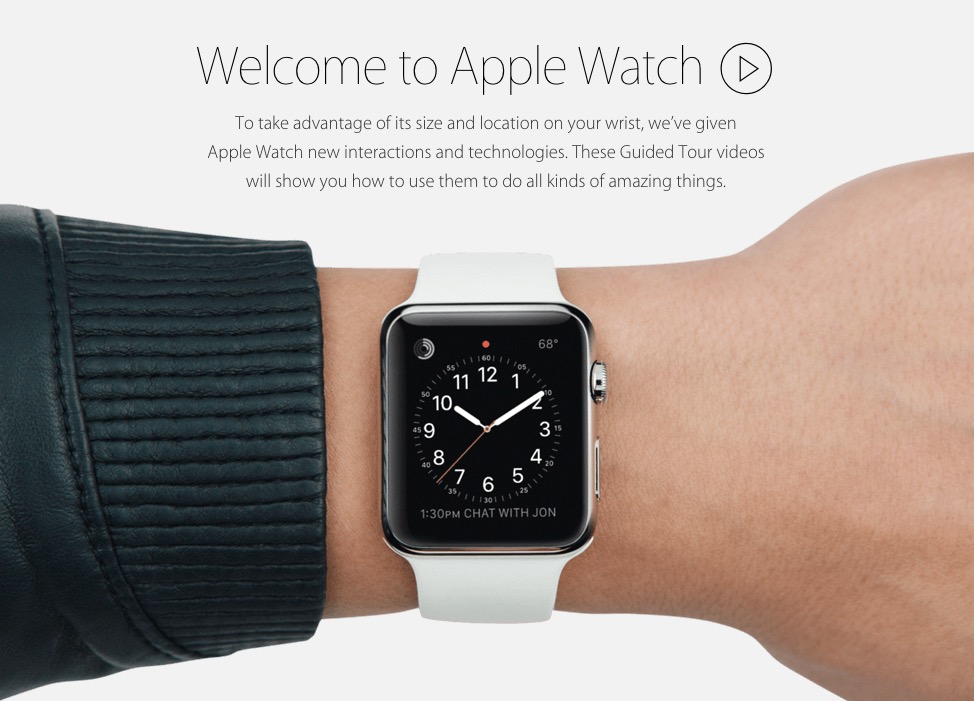 As we lead up to the April 10 pre-order date and April 24 launch, expect the first press reviews of Apple Watch to be published to build up even more buzz for the company’s first smartwatch.

Be sure to check out these helpful videos and familiarize yourself with Apple Watch before you get your hands on one.