Last week, the Government of Canada released its voluntary COVID Alert exposure notification app for iOS and Android users based on the technology developed by Apple and Google and today, Virginia has become the first U.S. state to offer a COVID-19 contact tracing app using the Apple and Google API (via 9to5Mac). 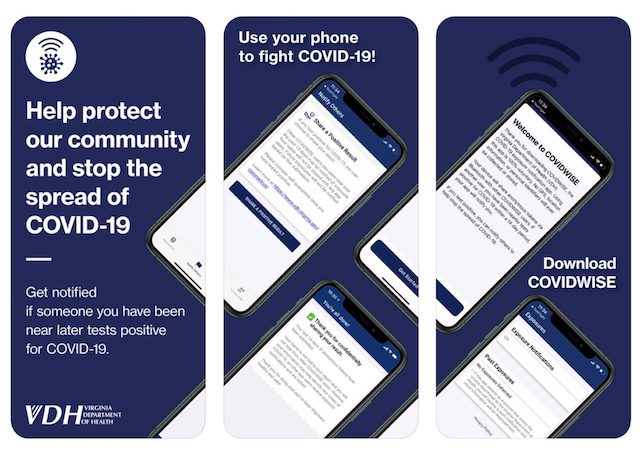 Similar to the COVID Alert app, which has already surpassed 1.1 million downloads across Canada, the COVIDWISE app from the Virginia Department of Health uses Bluetooth to exchange random identifiers with nearby phones and subsequently checks against a list of identifiers from people who have reported a positive test.

The Virginia Department of Health emphasizes that widespread adoption of the app is important to help slow the spread of COVID-19:

When you download COVIDWISE, you are doing your part to efficiently and effectively help your community stay ahead of any potential resurgent trends in cases. This is vitally important as the business sector, healthcare industry, K-12 schools, institutions of higher education, religious organizations, sporting/recreation activities, and others rely on appropriate interventions to ensure the health of our communities and maintain economic viability.

The new COVIDWISE app marks the first app to debut based on the COVID-19 tracing tool developed by Apple and Google, with only three other states to have publicly signed on to use the API so far i.e. North Dakota, Alabama, and South Carolina.