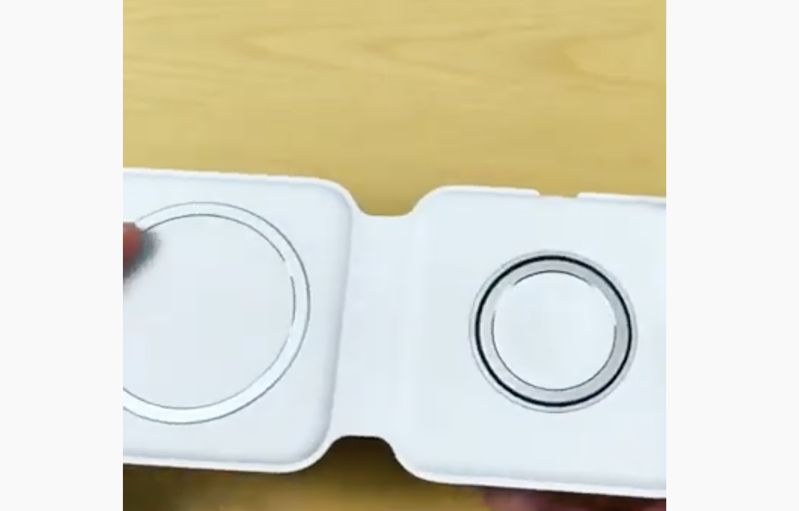 YouTube channel ‘DailyUse OS’ has shared a hands-on of MagSafe Duo (via @DanielWhite242), showing all sides of the wireless charger and also an iPhone 12 Pro and Apple Watch being charged. The hands-on appears to take place in China or by a Chinese user based on language settings of the iPhone.

MagSafe Duo showed up on Apple’s website today and will cost $169 CAD. The charger includes a MagSafe Charger and also an Apple Watch charger, but combined together in one foldable unit, with an expensive price tag.

Oddly enough, MagSafe Duo is not weighted so users will need two hands to separate their iPhones from the MagSafe charger. The unit has a Lightning port and not USB-C for charging.

There’s no timeline on when the charger will be available for sale, but it should be sometime soon.

A new 7-Eleven Canada convenience store has opened at Toronto Pearson International Airport, open 24/7 and located at Terminal 1 International Arrivals. According to the convenience store chain, this location is ready to serve customers that have just stepped off flights. “As a leading retailer, our goal at 7-Eleven Canada is to meet our customers […]
Gary Ng
29 mins ago

Apple will see a deficit of 15-20 million iPhone 14 Pro and iPhone 14 Pro units during the fourth quarter due to recent worker unrest and protests at supplier Foxconn's largest iPhone factory in China, according to information from TF International Securities analyst Ming-Chi Kuo (@mingchikuo). https://twitter.com/mingchikuo/status/1597624640712896512 Foxconn’s plant in Zhengzhou, which is often referred...
Nehal Malik
38 mins ago