It appears that a hardware design flaw in the new MacBook Pro is causing major display problems for some users and it may soon affect many more. 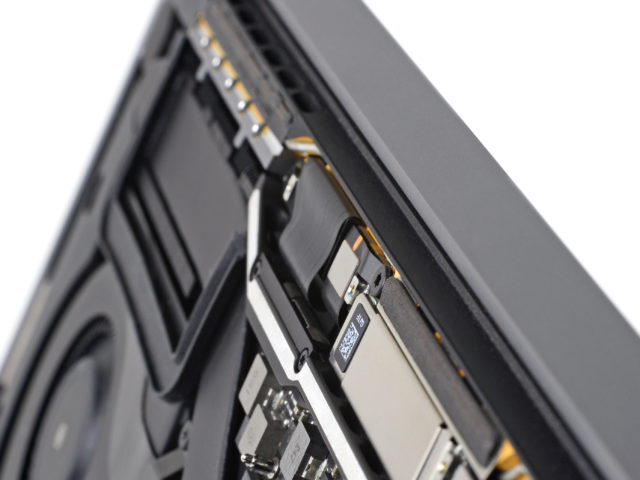 Apple’s premium MacBook Pro laptops spent 2018 clouded by keyboard and processor performance issues, so a newly surfaced problem isn’t so much surprising as disappointing. Fragile display cables can fracture after normal use, leading first to the appearance of a “stage light” effect at the bottom of the screen and then to a complete failure of the backlighting system.

According to repair website iFixit, the problem, which it dubs “flexgate,” is the result of Apple’s use and placement of thin display cables that wear down every time the laptop is opened and closed.

“The issue is fairly simple: the current generation of MacBook Pro laptops (2016-present) uses flexible ribbon cables to connect the display to a display controller board beneath the Touch Bar,” said iFixit‘s Taylor Dixon.

“These cables wrap over the board, where they’re secured by a pair of spring-loaded covers—and they’re subjected to the stress of bending with every opening and closure of the laptop. Within a seemingly short time, those cables are starting to fatigue and tear. The backlight cable is generally the first to go, producing the infamous ‘stage light’ symptoms, and eventually giving out entirely when the laptop is opened more than about 40 degrees. 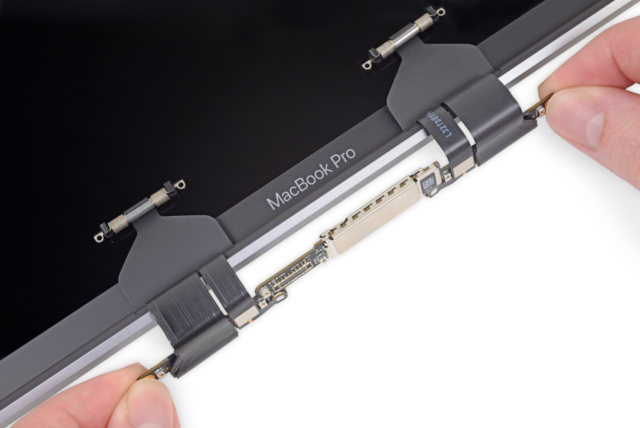 
“When it first debuted, the design seemed fine. But as always, the devil is in the details. Apple opted for thin, fragile flex cables as opposed to the beefier wire cables used in previous designs that could be routed through the hinge instead of wrapped around it, helping mitigate the stress of repeated openings and closings.”

Unfortunately, according to iFixit, these cables are a part of the display, so the cables alone aren’t replaceable, but rather the entire display assembly has to be replaced, turning a cheap repair into a costly $600 USD-plus one. Worse yet, iFixit says that it’s not a matter of “if” this will happen to your unit, but rather “when.”

You can read the full iFixit report here for more information. If you’re experiencing this problem, there’s already a petition with over 5,000 people on board over at change.org that you may want to check out.