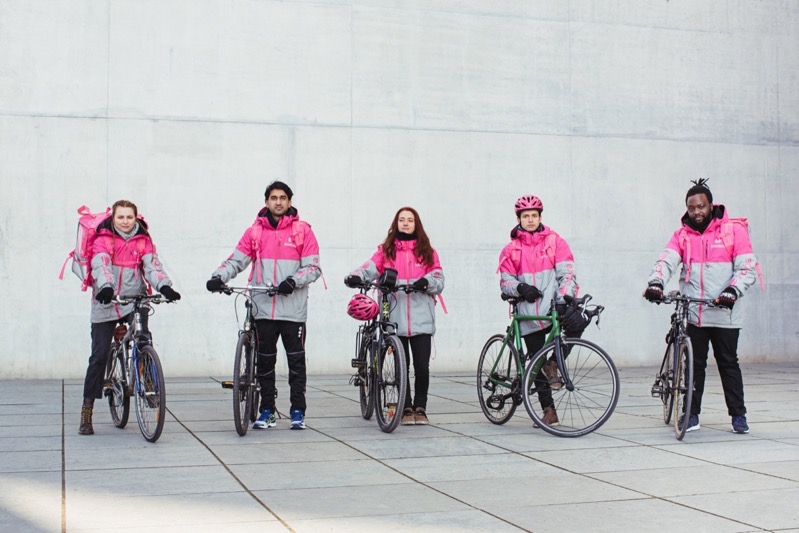 Online food delivery service Foodora’s car and bike couriers in Toronto plan to unionize by joining the Canadian Union of Postal Workers (CUPW), which has membership of 54,000. Foodora allows members to order meals from restaurants via their mobile app and have food delivered to their home or other address.

According to a CUPW press release, Foodora classifies its couriers as “independent contractors,” which means they aren’t covered under legal labour protections, such as EI, sick days and guaranteed income.

“What we want is simple and achievable,” says Hunter Sanassian, a bike courier, adding “We work in some of the most dangerous conditions in the city. Many of us have been injured on the job. All we want is to be respected as workers and paid fairly by this profitable company.”

Toronto is Foodora’s largest market, with restaurants charged 30 per cent per order, while couriers are paid $1 per kilometre travelled from the restaurant to a customer’s address. CUPW says couriers get $4.50 per order paid by customers.

“Over the last 30 years worker rights have been dismantled, leaving a workforce that is struggling to simply survive,” says Deena Ladd, coordinator at the Toronto Workers Action Centre, in a statement. “We need to collectively fight back against precarious work such as misclassified and temporary jobs that have saturated the labour market today.”

“As the gig economy grows we are seeing workers who are entirely unprotected,” says Mike Palecek, CUPW National President, in a statement. “Now is the time to win rights and protections for these workers. The campaign to unionize Foodora couriers will set important precedents for labour rights. Couriers are not machines and they deserve to feel safe and respected at work.”

CUPW launched a new website called Foodsters Unite, to push for greater protections for food delivery works on bikes and those driving vehicles.