Last week, CEO of Foxconn Technology Group Terry Gou said at the company’s annual shareholders’ meeting that over 90% of past worker suicides are not related to poor factory conditions. While highlighting his company’s efforts on relying less on human workers, he also announced that Foxconn will soon deploy robots to help assemble devices and Apple will be the first company to use their ‘Foxbots’ service, IT Home reports (via MacRumors). 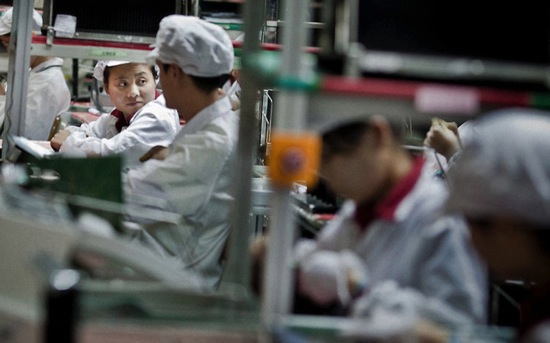 Mr. Gou said that each ‘Foxbot’ robot, which costs around $20,000 to $25,000 to make, will be able to assemble an average of 30,000 devices. He further noted that the assembly devices are undergoing their final testing phase, as his company plans to deploy 10,000 robots to its factories. According to Gou, the machines won’t be available for sale to other companies, as Foxconn will likely not have enough to meet its own needs.

“Apple will have priority to use these Foxbots, as the official calls them. Once the project is done, each robot will be able to assemble an average of 30,000 devices. Foxconn makes an average of 30k robots per year and ever since 2012 such machines have been installed in Chinese factories. In spite of the robotization of the production line, Foxconn is said to have hired an extra 100,000 workers to meet production demand.”

As Gou specifically said that Apple will be the first company to enjoy the Foxbots service, it is safe to assume the ‘iPhone 6’ may be the first phone to be manufactured using the new process.