Amid reports of Apple getting ready to introduce a new virtual reality (VR) wearable device to work with its devices, concept designer AntonioDeRosa has today shared his latest project titled ‘Apple iPhone VR.’ 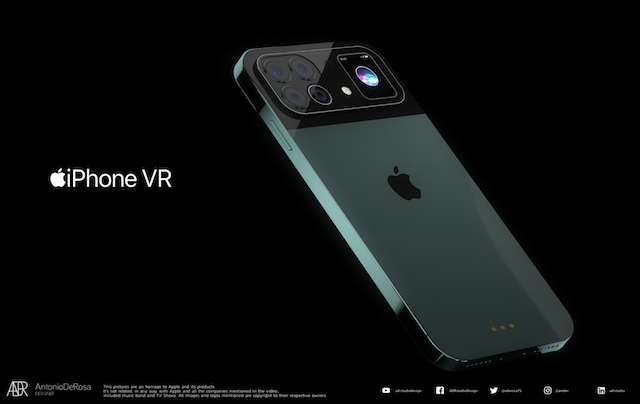 “Apple VR headset is just around the corner, so it seems legit to dream a bit. What a surprise if Apple could present a new handset, specifically designed to pair the new Apple View,” notes the designer. 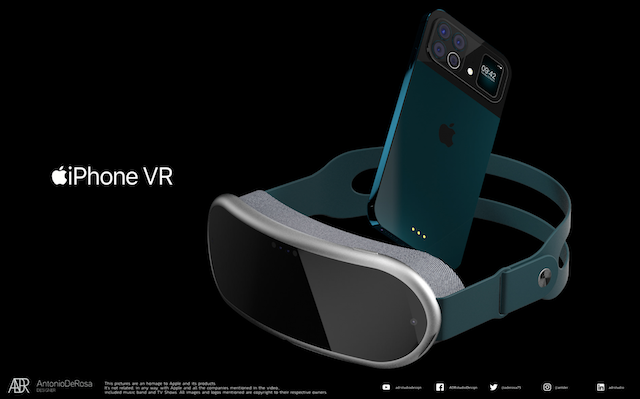 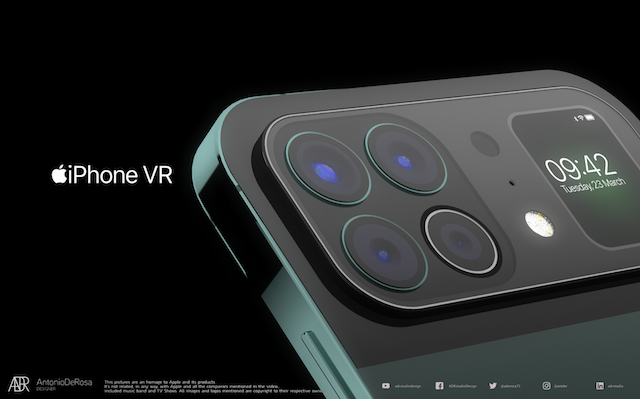 It supports 5G connectivity with A15 chip, and comes in Virtual Green, Full Black, and Classic Blue colours.

Check out more photos below and don’t forget to share your thoughts with us in the comments section below. 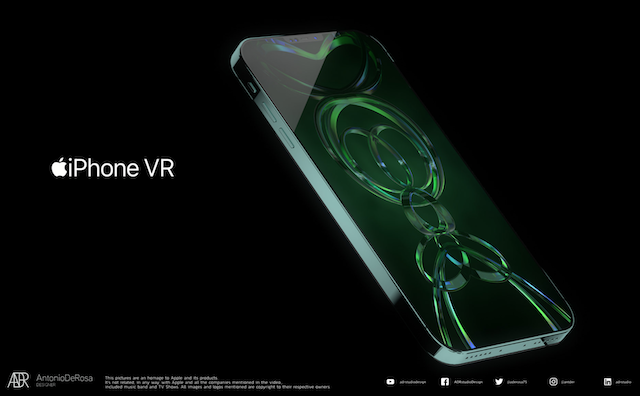 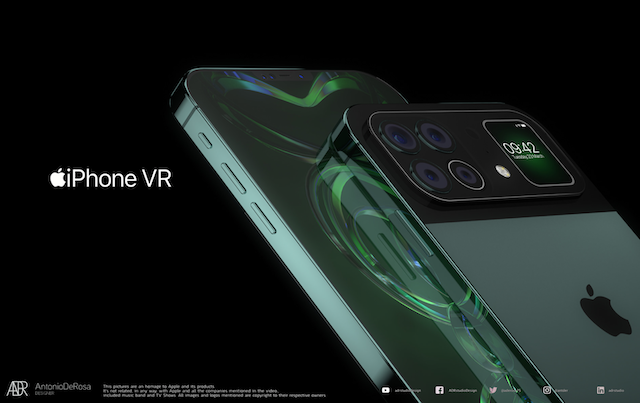 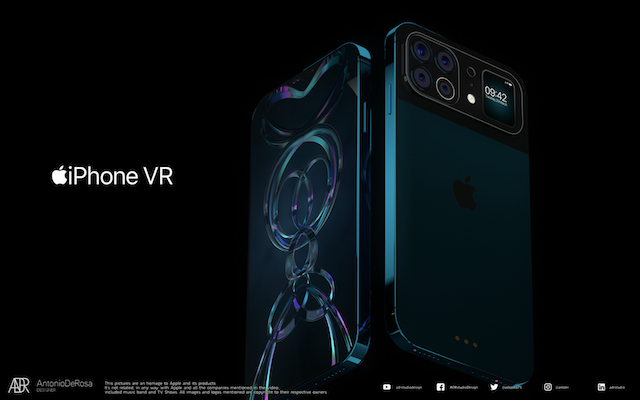 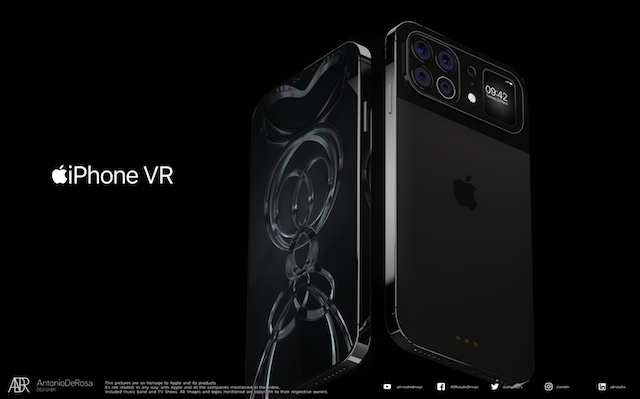