Garmin has today introduced the all new VIRB 360, a compact, waterproof and fully spherical 360-degree camera, capable of capturing impressive high-quality video up to 5.7K/30fps with 4K Spherical Stabilization and four built-in microphones. “The VIRB 360 lets you relive personal experiences and share them with your friends – from a different point of view, every single time,” said Dan Bartel, Garmin vice president of global consumer sales. 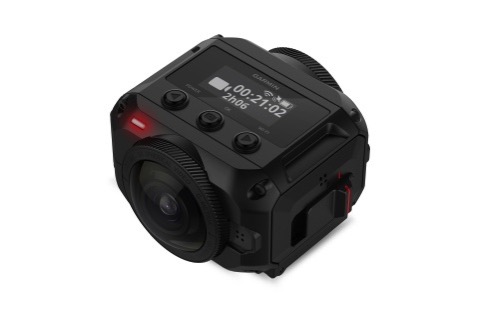 With support for Wi-Fi, Bluetooth, ANT+, and NFC, the VIRB 360 and is fully compatible with iPhone and comes with its own unique tripod/handgrip. It offers a rechargeable, one-hour battery life while recording. Beyond video, the VIRB 360 can take stitched-in-camera, 360-degree, 15 megapixel spherical photos. Photo modes include single capture, burst shooting, and time lapse.

The VIRB 360 is also equipped with a sunlight-readable display for users to identify battery life, storage capacity and video modes.

“VIRB 360 owners will no longer need to worry about trying to capture the perfect angle or setting up the perfect shot. The camera’s easy-to-use feature set will make even the most inexperienced users look like experts.”

The Garmin VIRB 360 has a suggested retail price of $799.99 and is expected to be available in June. For more information, click here.