‘Geo Hot’ Builds a Self-Driving Car in His Garage [VIDEO] 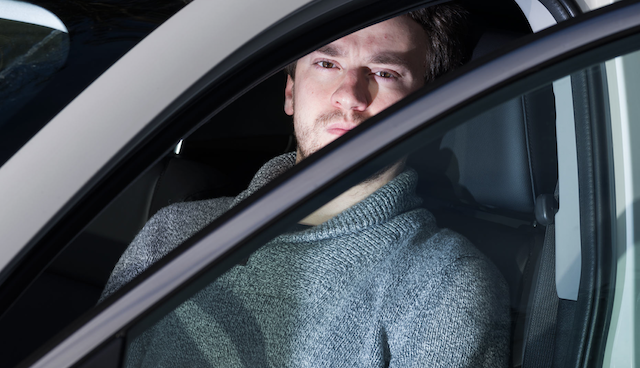 George Hotz a.k.a Geo Hot, the first person to ever hack the iPhone as well as the Sony PlayStation 3 game console, has just amazed the world once again by building a self-driving car all by himself in his garage. The 26-year-old hacker has shared his ingenious work in an exclusive story with Bloomberg, claiming that he built the self-driving car in just under one month, and has been dying to show off his new project. 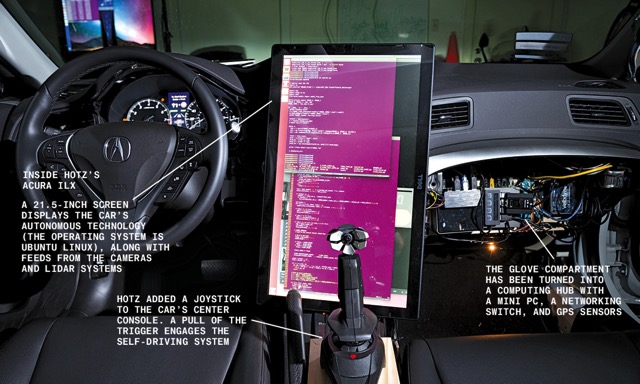 Over the past couple of years, Hotz has been pretty much invisible from the scene trying to decide what he wanted to do next, before hitting on the self-driving car idea. “Hold this, he says, dumping a wireless keyboard in my lap before backing out of the garage. But don’t touch any buttons, or we’ll die”, notes the Bloomberg journalist. Hotz explained that his self-driving setup, like the autopilot feature on a Tesla, is meant for highways, not chaotic city streets. He drives through San Francisco’s Potrero Hill neighborhood and then onto Interstate 280.

With Hotz still holding the wheel, the Acura’s lidar paints a pixelated image on the dash screen of everything around us, including the freeway walls and other cars. A blue line charts the path the car is taking, and a green line shows the path the self-driving software recommends. The two match up pretty well, which means the technology is working.

After a couple miles, Hotz lets go of the wheel and pulls the trigger on the joystick, kicking the car into self-driving mode. He does this as we head into an S curve at 65 miles per hour. I say a silent prayer. Hotz shouts, “You got this, car! You got this!”

The car does, more or less, have it. It stays true around the first bend. Near the end of the second, the Acura suddenly veers near an SUV to the right; I think of my soon-to-be-fatherless children; the car corrects itself. Amazed, I ask Hotz what it felt like the first time he got the car to work. “Dude,” he says, “the first time it worked was this morning.”

Hotz says that he’s building a kit consisting of six cameras, similar to the $13 ones found in smartphones, that would be placed around the car. Two would go inside near the rearview mirror, one in the back, two on the sides to cover blind spots, and a fisheye camera up top. His goal is to sell the camera and software package for $1,000 either to automakers or, if needed, directly to consumers.

You can read the whole story (recommended) at this link. Meanwhile, check out the amazing video of Hotz’ latest invention below: