Vancouver-based mobile payment app Glance Pay, that allows customers to pay their restaurant bill by taking a picture of it with their smartphone, has just gone live in Toronto. According to MarketWired (via Yahoo! Finance), Toronto’s health conscious resto empire Fresh, has partnered with FinTech to bring the Glance Pay mobile payment experience to the Toronto dining scene for the first time. 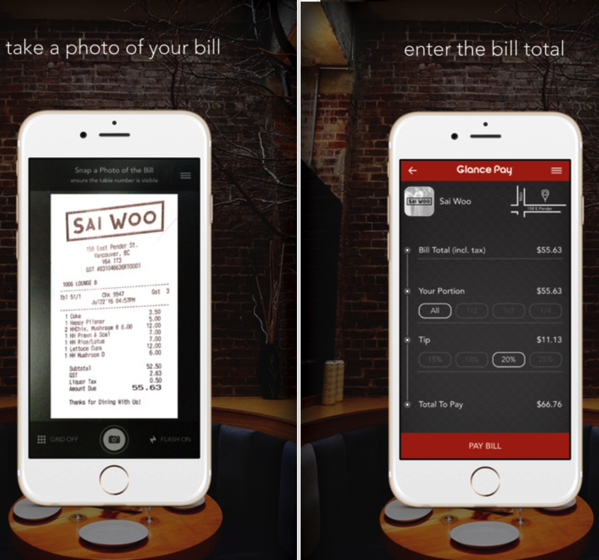 Glance Pay debuted in Vancouver last year, allowing guests to use the app to pay for dinner at 46 restaurants in the city. After taking a picture of the bill using the app, customers enter the amount they wish to pay and are then free to leave. “Glance Pay is the next step toward wallet-less transactions that are changing the way smartphone users interact with their favourite restaurants and make paying easy and accessible”, notes the press release.

“At Fresh Restaurants, we love Glance Pay because it makes dining-in even easier for our customers. Paying at your table is now as effortless as paying on your favourite food delivery app. It saves time for both our customers and our staff so it was a no brainer for us!”. The Fresh Team

Fresh partners Ruth Tal and Jennifer Houston, have been sharing the Fresh way of eating and drinking through their series of best-selling cookbooks (available at their restaurants and major book retailers). The latest, Super Fresh, has some of the most sought after recipes from Fresh such as, All Star Salad, BBQ Burger, Beach Bowl and Squash Tacos.