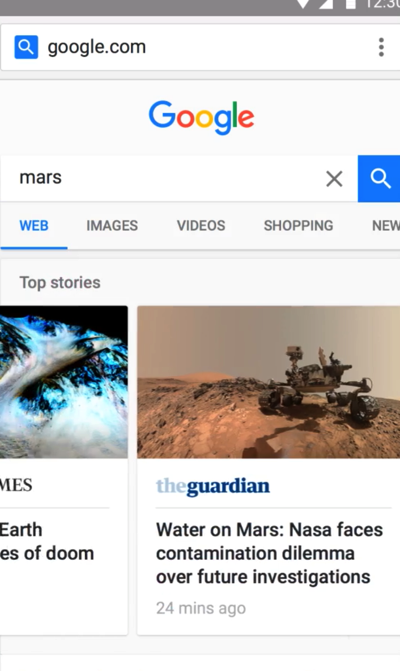 Google has today announced a new open source initiative called Accelerated Mobile Pages, in an effort to dramatically improve the performance of the mobile web. “We want webpages with rich content like video, animations and graphics to work alongside smart ads, and to load instantaneously”, says Google. The company is aiming to have the same code work across multiple platforms and devices so that content can appear everywhere in an instant on all types of smartphones and tablets.

The project relies on AMP HTML, a new open framework built entirely out of existing web technologies, which allows websites to build light-weight webpages. To give you a sense of what a faster mobile web might look like, we’ve developed this demo on Google Search:

Over time we anticipate that other Google products such as Google News will also integrate AMP HTML pages. And today we’re announcing that nearly 30 publishers from around the world are taking part too.

Twitter, Pinterest, WordPress.com, Chartbeat, Parse.ly, Adobe Analytics and LinkedIn are among the first group of technology partners planning to integrate AMP HTML pages. “We hope the open nature of Accelerated Mobile Pages will protect the free flow of information by ensuring the mobile web works better and faster for everyone, everywhere”.

Google says that in the coming months, it will work with other publishers and technology companies participating in the project to build more features and functionality focused on content, distribution and advertising.

Popular cryptocurrency exchange Coinbase on Thursday announced it had to disable the ability to send NFTs on the iOS version of Coinbase Wallet, the company's mobile crypto wallet app, because Apple wanted a 30% cut of the "gas fees" involved. https://twitter.com/CoinbaseWallet/status/1598354819735031809 Gas fees are essentially transaction fees on the Ethereum blockchain network. They are paid...
Nehal Malik
25 mins ago