Google has just added a new feature to its iPhone app that lets users sign up to receive daily notifications that help them learn a new word every day, as well as some of the interesting facts behind it.

Understanding the meaning of new words helps unlock information for people as they go about their daily lives. According to Google Trends, the top-searched English definitions worldwide in September were “introvert” followed by “integrity.” 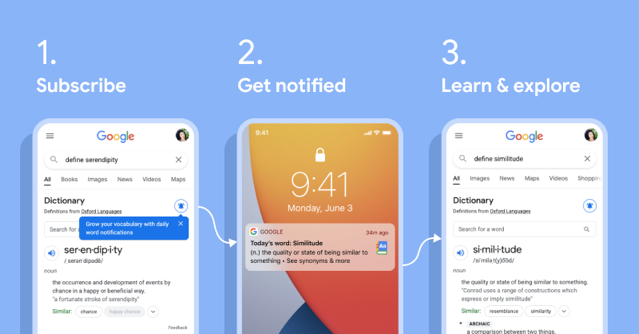 To sign up, look up the definition of any English word, such as serendipity, and then just click on the bell icon in the top right corner.

“Soon you will be able to choose different difficulty levels. So you can expand your vocabulary, develop your language proficiency, or just show off to your friends that you learned an interesting word or fun fact.”

Google says the feature is currently only available in English, although there are words tailored to both English learners and fluent speakers alike.