Google has today rolled out a bunch of upgrades to Google Assistant to make conversations feel more natural. In a new video published on YouTube, the company has shared how its Assistant can now respond nearly 100% accurately to alarms and timer tasks. 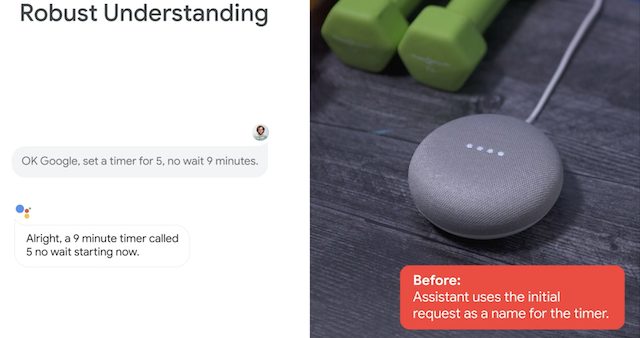 Google says it has applied Bidirectional Encoder Representations from Transformers ( BERT) to improve the quality of your conversations using your previous interactions and understands what’s currently being displayed on your device’s display to respond to any follow-up questions to allow a more natural, back-and-forth conversation.

The new updates will begin rolling out in the coming days on Google smart speakers set to US English.

The new ad-supported plan of Disney+ is now live in the U.S. at $7.99/month. Dubbed Disney+ Basic, the plan is expected to become available in Canada and other countries next year (via Reuters). Over 100 advertisers and brands, from LVMH to Marriott Hotels & Resorts, are participating in the launch, which Disney has been promoting...
Usman Qureshi
48 mins ago