With the holiday season just around the corner, Google has revealed that Canadian shoppers say they plan to go online to research and inform their Black Friday and Cyber Monday purchases this year. 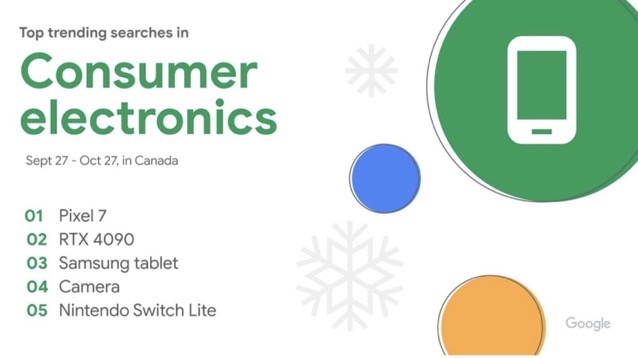 According to a Google-commissioned Ipsos survey, 48% of holiday shoppers say they will shop online more for the holidays, with nearly two-thirds saying they will browse for gift ideas online rather than in-store.

More than a quarter of holiday shoppers said they will be researching gift ideas and purchases before they buy.

Searches for ‘curbside pickup near me’ has also increased 250% over the past year, suggesting the trend is not slowing down even as Canadians return to in-store holiday shopping.

Almost 22% of shoppers said they had already begun their holiday shopping by mid-September, with 32% saying they planned to start earlier than they did last year.

Here’s what the Canadians are shopping for this holiday season: