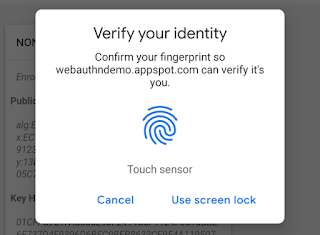 Chrome 70, the latest beta of Google’s web browser, has finally received Touch ID support for MacBook Pro allowing developers to use biometrics as an added layer of security.

While Chrome for Android devices has also received fingerprint support, Google has not announced when the same will be offered on older iOS devices or Windows platforms.

In addition to bringing biometric authentication support for Mac and Android, the Chrome 70 beta is also adding web Bluetooth support for Windows 10, giving Chrome the option to communicate with other nearby Bluetooth devices.

Meanwhile, Google has also announced that is introducing a new experimental Shape Detection API that will let users identify faces, barcodes, and text in images, including scanning QR codes.