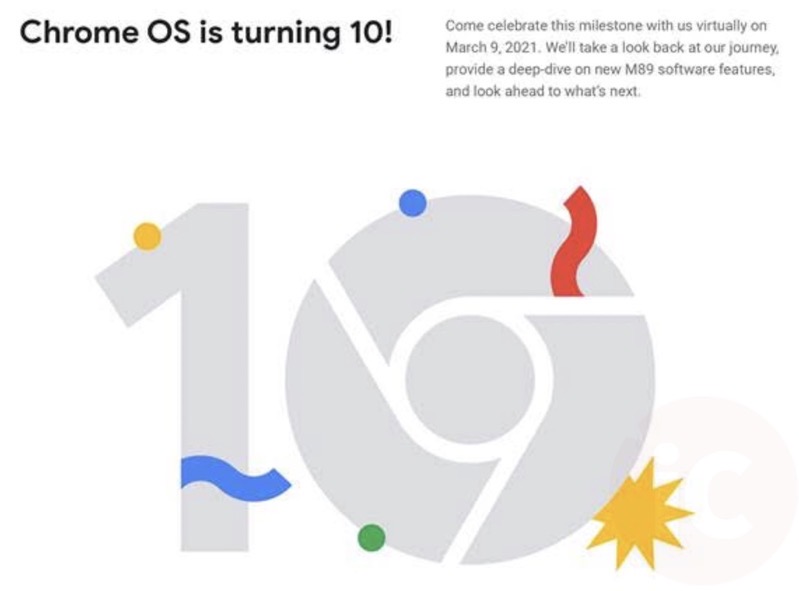 Google on Friday invited members of the media to preview the next features of Chrome OS, which powers the company’s Chromebooks.

According to the invite received by email to iPhone in Canada, Google says “Chrome OS is turning 10!”  and explains, “come celebrate this milestone with us virtually on March 9, 2021. We’ll take a look back at our journey, provide a deep-dive on new M89 software features and look ahead to what’s next.”

The virtual event is for the press only and will not be streamed live publicly. We’ll have more from the event after it takes place on March 9.