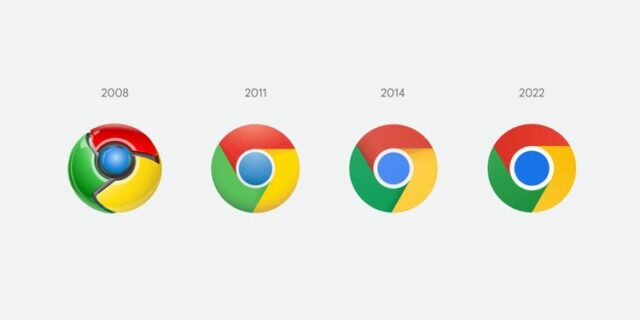 Google has successfully launched version 100 of Chrome. With the stable launch of the latest version of the browser, Google has finally updated its logo to celebrate.

Google Chrome was first launched back in 2008. Since that time, its become a powerhouse of a browser across PC, macOS, iOS, and Android devices. Nearly 14 years to the day, Google has successfully delivered a stable version of the new software across all major platforms.

While version 100 of Chrome doesn’t exactly bring revolutionary changes, it did bring a shiny new logo with it. The logo is now a bit more vibrant and not as opaque. The colours between lines now stand out a bit more and the centre glows just the tiniest bit.

Aside from the logo, Chrome 100 brings the usual “fixes and improvements.” However, there is one fairly substantial change. Chrome 100 includes the removal of Lite mode. The data-saving mode designed for Android will now be stripped away across devices as the company believes native data-saving features within browsers are becoming more common.

Many users were worried Chrome 100 would cause significant issues as many websites are designed to recognize browsers with two-digit version numbers. However, Google has been vocal on its path to hitting the big 100 and has been giving plenty of warnings in the lead-up. For many years, Google Chrome updates would be released on a six-week basis. However, this past year, Google transitioned to release new updates every four weeks.