Google Launches the Nexus 5 in Canada Starting at $349 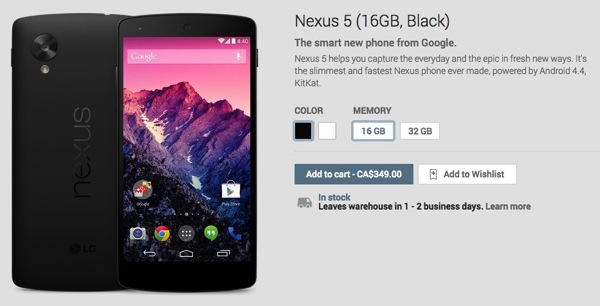 Google has announced its latest flagship Android device has launched, the Nexus 5. It is now available in Canada in 16GB and 32GB configurations, for $349 CAD and $399 CAD respectively, with black and white colour options:

Nexus 5 helps you capture the everyday and the epic in fresh new ways. It’s the slimmest and fastest Nexus phone ever made, powered by Android 4.4, KitKat. 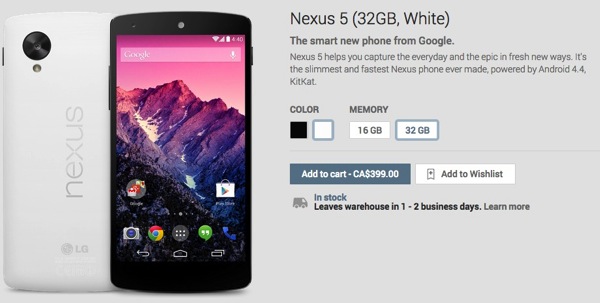 The Nexus 5 features the following:

All Nexus phones come factory unlocked so you can pop in your SIM card from any carrier, plus get the latest Android updates first from Google.

Last year’s Nexus 4 was available in 8GB and 16GB configurations for $299 and $349 respectively, but lacked LTE networking out of the box. The new smartphone is aimed to compete directly with Apple’s iPhone 5s.

Anyone thinking of switching to the other team? Black in 16GB has already sold out.