Google Maps for iOS Can Now Remember Where You Parked

Google Maps for iOS has been updated with a new navigation feature, that aims to make things easier for you even after you’ve arrived at your destination. Following today’s update, the app will now start remembering where you parked the car. While the feature is pretty much automatic on iOS, on Android, users need to tap the blue dot once they’ve parked and then hit “Save your parking” to drop a pin handily labeled “You parked here”. 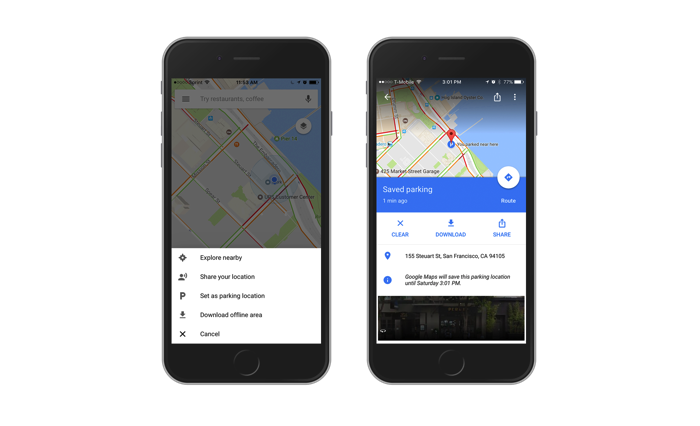 Once parked, users can tap on the label to open up the parking card, where they can add additional details about the parking spot. On iOS, the feature is in addition to the automatic parking detection you might have already noticed in Google Maps for iOS. If you connect to your car using USB audio or bluetooth, your parking spot will be automatically added to the map when you disconnect and exit the vehicle.

You can also tap on the parking label on the map to open up your parking card and do things like share it with friends and view pictures of your parking area. You can grab the update for free in the App Store.