Google has today introduced some new ways to use the Live View augmented reality (AR) walking directions feature in its Google Maps app, which makes use of the phone’s camera and GPS to tell users exactly where to go with the help of arrows, directions, and distance markers. 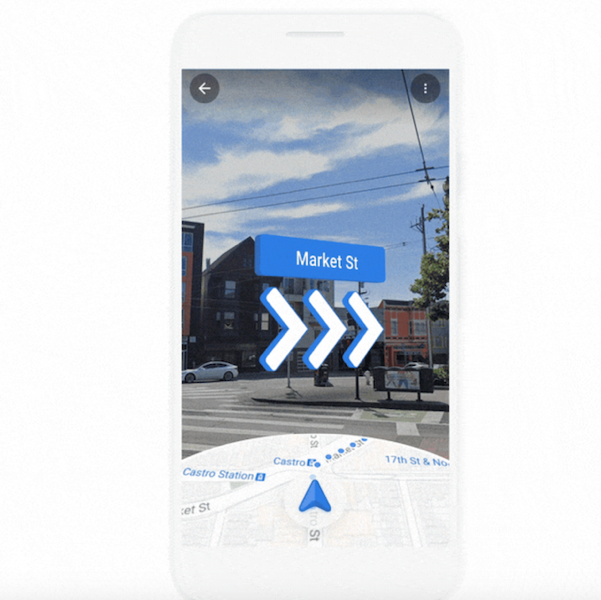 When you select or search for a place on Google Maps, you can already tap on the Live View button to visualize your destination in the real world. Soon, you’ll also be able to see nearby landmarks so you can quickly and easily orient yourself and understand your surroundings.

Live View will show you how far away certain landmarks are from you and what direction you need to go to get there.

Moreover, Live View was previously only available for walking directions but now, users can also bring it up from the transit tab in Google Maps. This is particularly useful when you exit a transit station and don’t know which way to go.

“With the help of machine learning and our understanding of the world’s topography, we’re able to take the elevation of a place into account so we can more accurately display the location of the destination pin in Live View. No matter where you’re walking, Live View can help you get there as efficiently as possible.”

Google says Live View in the transit tab will begin rolling out on iOS and Android in the coming weeks.

As worker unrest continues onsite of Foxconn's Zhengzhou plant in China, Apple is expected to face a shortfall of up to an estimated six million iPhone 14 Pro units. Foxconn's plant, which is often referred to as 'iPhone City' due to its size and importance in Apple's supply chain, has been facing worker protests. Due...
Steve Vegvari
34 mins ago