Google introduced a new ride services mode to Google Maps last year as a convenient option for people to easily get where they need to go. Today, the company has announced a redesign of its Google Maps ridesharing feature, that lets you hail ridesharing services Uber, Lyft, Gett or Hailo without leaving the app. With today’s updates, users will see more types of ride options and more actionable information. 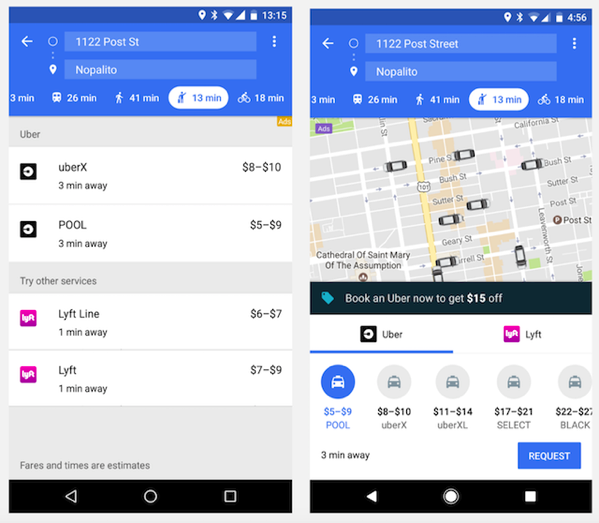 From booking a ride to reserving a table at a local restaurant, booking your favorite fitness class to ordering delivery for a night in, Google Maps no longer just shows you the information you’re looking for. It also makes it easier to get things done in the real world — all in one place.

You can even take a look at information about your destination while en route. So menus, hours and other helpful details are only a swipe away.

Here’s how you can book an Uber ride, track your driver on the map, and connect with your driver using Google Maps: