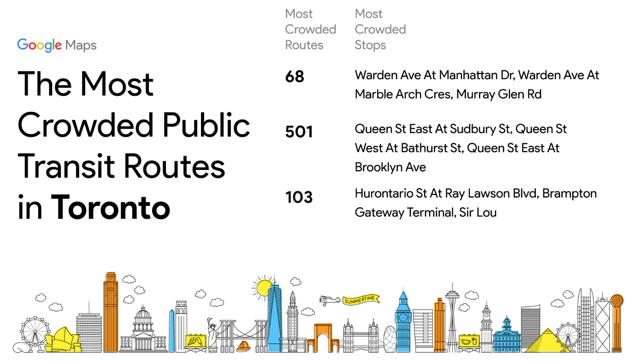 Google has today shared some of the most crowded transit routes in Toronto and Vancouver, based on feedback directly from the people who use Google Maps.

Google says it analyzed, aggregated, and anonymized reports of crowdedness from Google Maps users from October 2018 to June 2019 during peak commuting hours (6am – 10am), in order to learn more about how crowdedness levels vary around the world, including in two of Canada’s biggest cities. 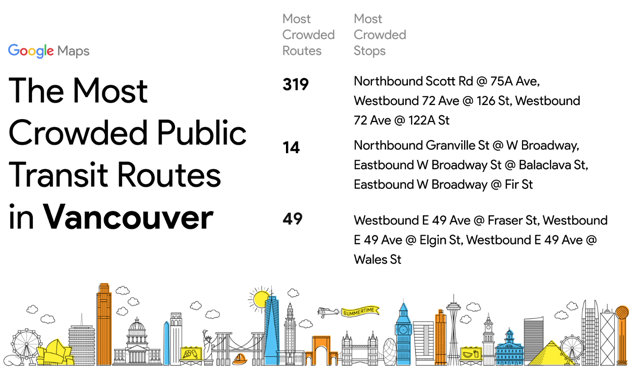 Some Google Maps users also received notifications from Google asking about how crowded their subway, train, or bus ride was after navigating in transit mode. “We have identified which lines had the highest number of crowdedness reports,” writes Google on its official blog.

The company noted the most crowded public transit routes and stops in both Vancouver and Toronto. Check out the data below:

Let us know is you’ve received any notifications from Google asking about the crowdedness when navigating in transit mode.