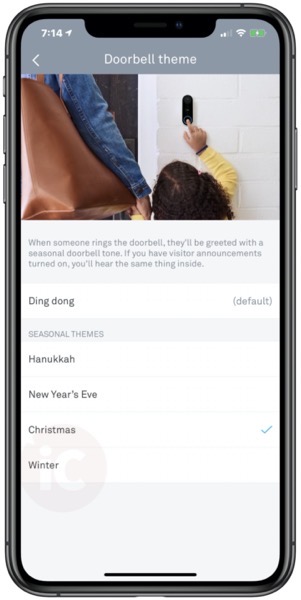 If you have a Nest Hello Video Doorbell, winter ringtones are now live as of today, according to Google.

The company told iPhone in Canada users can choose from holiday ones to non-denominational winter sounds, which can be heard when visitors ring your doorbell.

Here are the current seasonal themes available for your Nest Hello video doorbell:

For those with a Google Nest speaker or display with visitor announcement turned on, your devices will also play these tones when the Nest Hello rings.

How to enable a winter ringtone for your Nest Hello video doorbell?

The Nest Hello Video Doorbell will be on sale for $50 off during Google’s Black Friday sale (starting tomorrow), available online and at most major retailers.