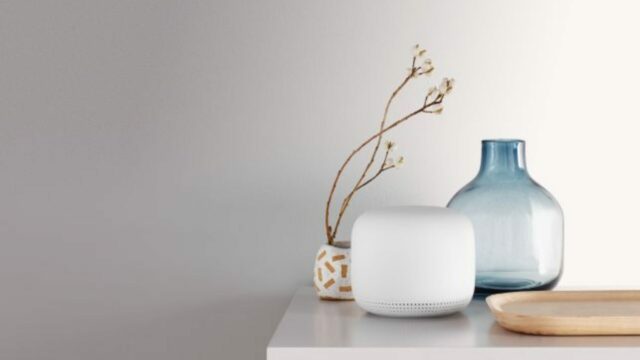 Google is planning to host its next major hardware event on October 6th. However, its upcoming Nest Wifi Pro leaked prior to the event. Pricing and colour options have supposedly surfaced online. 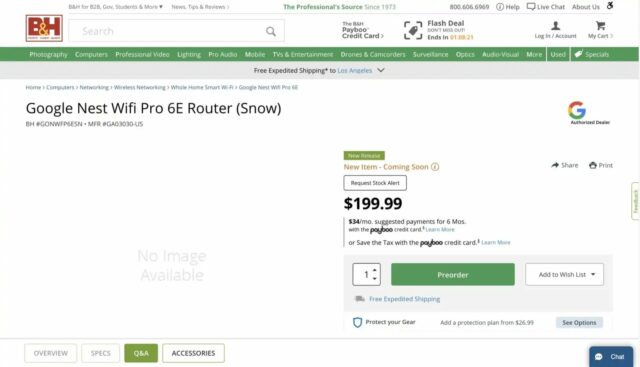 In addition to pricing, we’re also able to glean that Google aims to provide various colour options. The listing shows Google’s Nest Wifi Pro will be available in a white Snow colour, Additionally, brown Linen, blue Fog, and Lemongrass colours will also be available. Unfortunately, the listings don’t include photos of the device. However, the colour options do line up with the Pixel Buds Pro, Nest Doorbell, and what is expected to be featured with the upcoming Pixel 7.

The latest product listing does not include any hardware specs. However, the previous listing made by the FCC does make mention Bluetooth Low Energy and Thread mesh. 6GHz Wi-Fi 6E support is also noted. Beyond that, there’s still a lot to learn about the device upon next month’s event. Alongside the expected reveal of the Google Nest Wifi Pro, this is likely where the Pixel 7, Pixel 7 Pro, and Pixel Watch will be unveiled.

Google is hosting its annual developer conference today. Google I/O is set to be another two-day virtual conference from the company. Each year, Google I/O enables developers to network and connect. However, Google also takes center stage to show off new products and innovations. Google I/O 2022 is taking place at Shoreline Amphitheater in Mountain...
Steve Vegvari
5 months ago