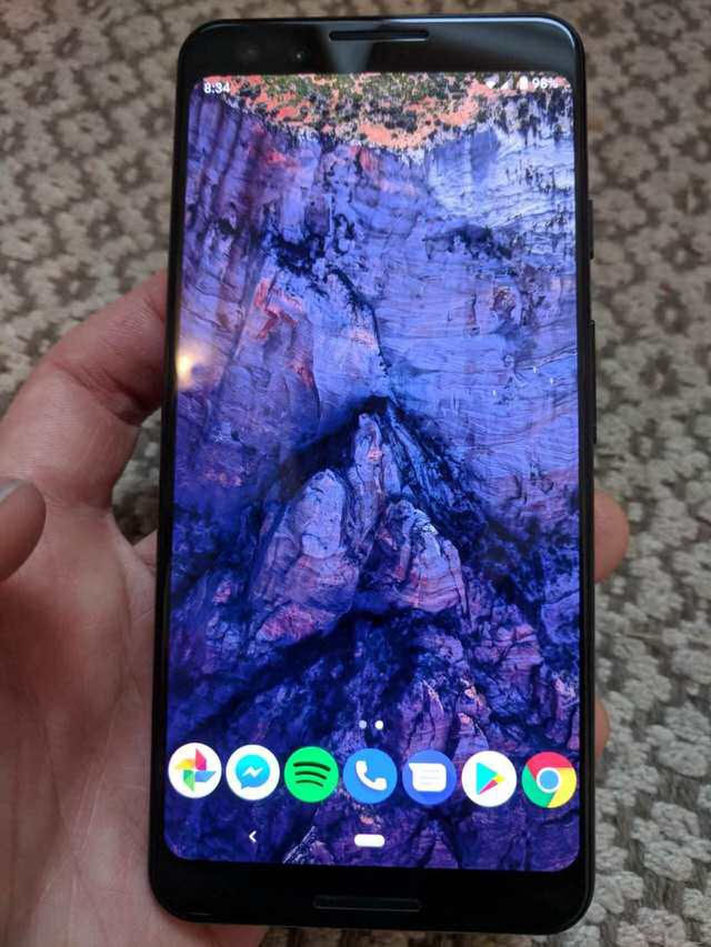 Now, we have some brand new images of what appears to be a Google Pixel 3, complete with screenshots of specs.

As per a post by a Reddit user (via 9to5Google), hands-on images of the alleged Pixel 3 show a new dual-tone back. In the Pixel series, Google appears to still be adamant on the single rear camera with dual-tone LED flash. The smartphone appears to have a glossy finish and long volume rocker and power button. Meanwhile, Google’s ‘G’ moniker and a fingerprint scanner are present at the back. 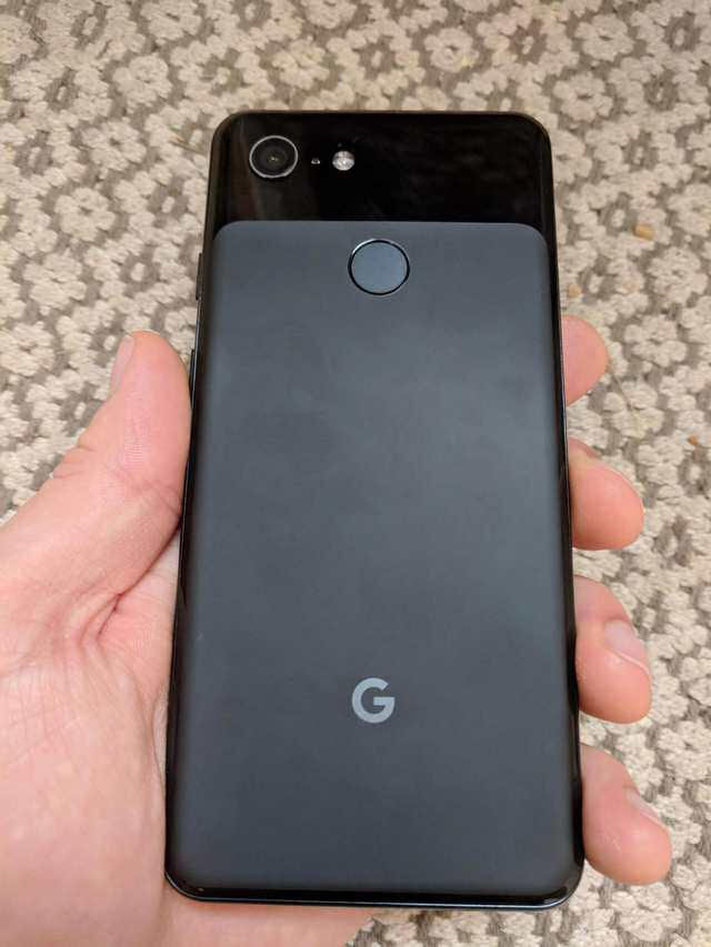 Google is not big on the design changes — it looks like the phone will look a lot like the predecessor Pixel 2. The back will be aluminum from the bottom almost to the top, where it switches to glass for the single-camera setup. The front will have mirrored earpiece and speaker in the top and bottom bezels, but the new thing is the dual camera setup on the front.

While it’s a touch difficult to make out, the image of the phone’s face also appears to be sporting two front-facing cameras. This is supported by the specification screenshots which list two 8MP cameras – one with a dual aperture of f/1.8 and f/2.2, and the other with f/1.8. 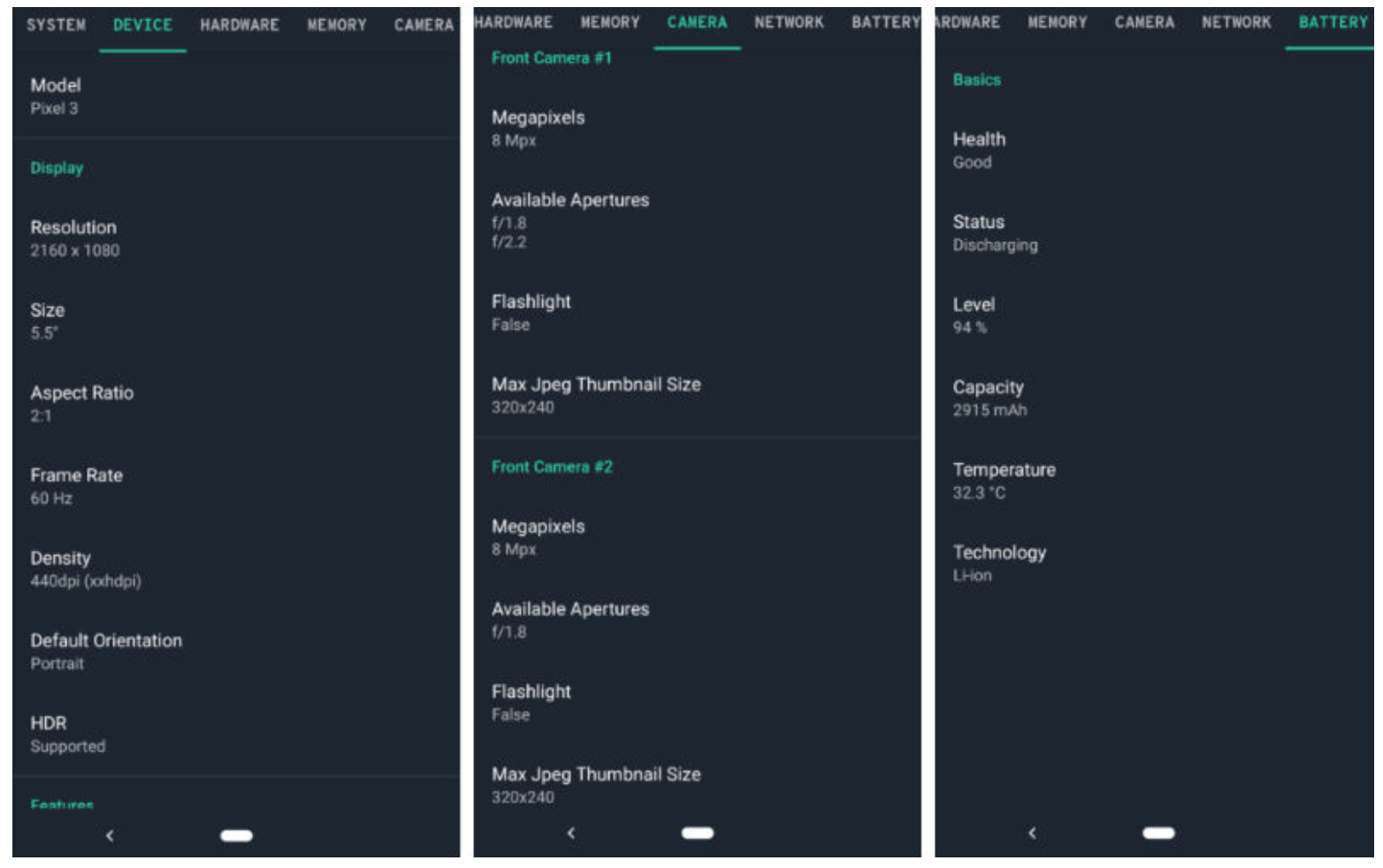 The images are also accompanied by screenshots seemingly confirming many of the rumoured specs, including the 5.5-inch display. The screenshots promise a 2160 x 1080 resolution with a 440dpi pixel density. The aspect ratio is 2:1 (or 18:9 whichever way you want to frame it), while the display will also support HDR content.

It appears the battery will be a relatively small 2,915mAh cell, while the dual camera will offer 8-megapixel sensors, as has been rumoured in the larger Pixel 3XL. It’s also widely expected that the devices will have the same Qualcomm Snapdragon 845 processors, accompanied by 4GB of RAM.

The Google Pixel 3 range is expected to launch on October 9, a little later than Google’s usual October 4 unveiling. The devices will arrive running the brand new Android 9 Pie operating system.