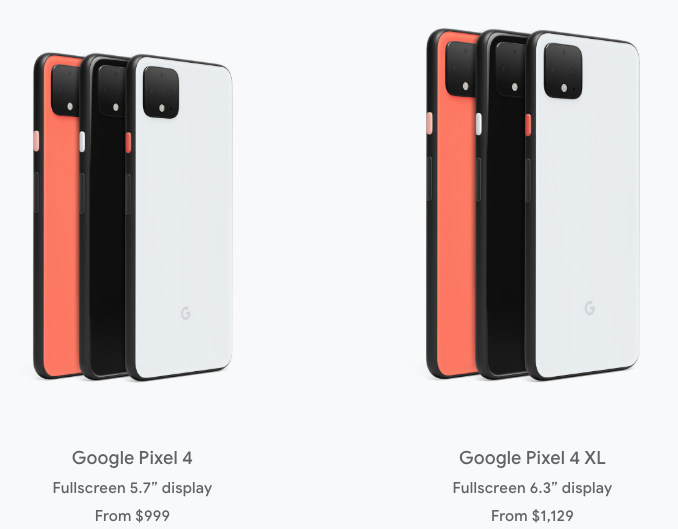 Google unveiled its new Pixel 4 and Pixel 4 XL smartphones today at its Made by Google event in New York City.

These new smartphones are now available for pre-order in the Google Store in Canada, starting from $999 CAD. Check out the Canadian pricing below:

These prices are the same as the Google Pixel 3 and Pixel 3 XL from last year.

The Pixel 4 and Pixel 4 XL are available in colours Just Black, Clearly White and limited edition Oh So Orange, with a launch date of October 21, 2019. Google says if you pre-order, you’ll get $150 worth of credit towards accessories.