Google Play Music Launches $14.99 Family Plan in Canada and Beyond [u]

Google has announced Google Play Music now has a family plan offering, at the price of $14.99 for you and up to five family members (Update: we can’t read without coffee):

With the family plan, you and up to five family members can subscribe to Google Play Music – together – for just $14.99 per month. You’ll unlock all of the same features you’d get from having individual subscriptions, including ad free, unlimited access to more than 35 million songs and the ability for each family member to stream simultaneously on any device, all for one low price. 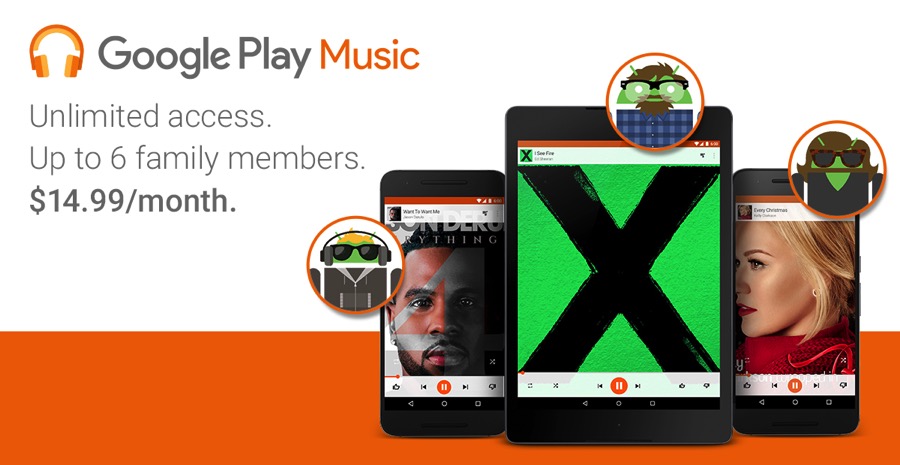 Google says users will be able to sign up “in the coming days” on Android devices (and web; mobile web) in the US, Canada, the UK, Australia, France and Germany. Google Play Music is available for streaming on iOS, the web and Android.

Recently, Google Play Music launched a free ad-based radio in Canada, the same day it announced Songza would be shutting down.

The family plan matches Apple Music’s family membership price point in Canada, at $14.99 for up to six people.