Google has just made it easy for Google Play Music users to transfer their libraries, personal taste preferences, and playlists to the newer YouTube Music service through the app via a new ‘transfer’ option. The new option comes ahead of the company’s plans to shut down Google Play Music later this year (via TechCrunch). 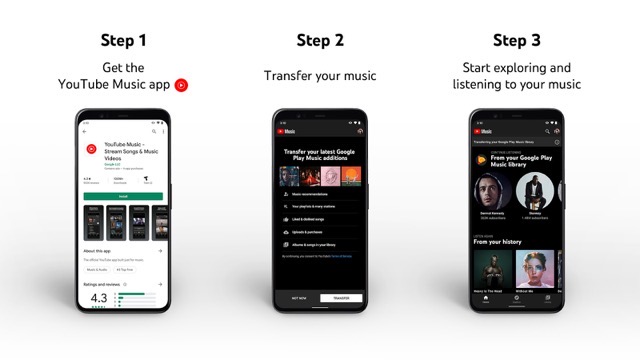 According to Google, users will continue to have access to both services even after the transfer. “We want to ensure everyone has time to transfer their content and get used to YouTube Music,” said Google in an official blog post. The company also said it will provide plenty of notice ahead of users no longer having access to Google Play Music.

Google Play Music users can start the transfer process of their music library to YouTube Music by following these steps:

You can also check out the video with transfer details at this link. Moreover, you can visit this web page to transfer your podcast subscriptions and episode progress to Google Podcasts with a single click