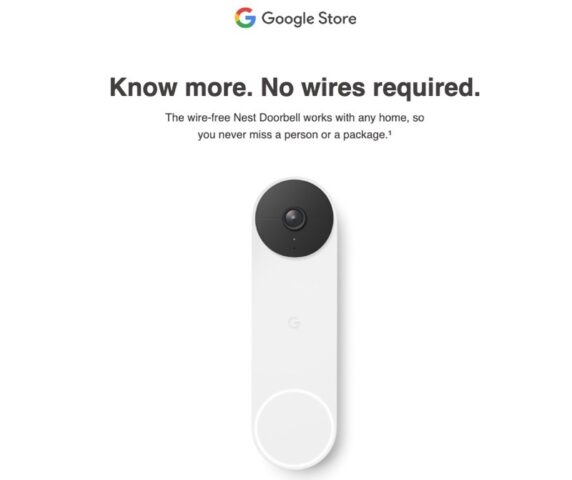 Google has announced it plans to launch a second-generation of its wired Nest Hello video doorbell in 2022, along with other changes to the Google Home and Nest apps.

Rishi Chandra, Vice President of Product and General Manager of Google Nest, announced on Wednesday (via Engadget), “we know that those with wired doorbell connections prefer to have a doorbell that can also support 24/7 continuous video history (via the Nest Aware subscription). We are excited to share that we will be launching a 2nd generation of Nest Doorbell (wired) in 2022.”

Chandra was responding to feedback from Google’s recent launch of its new Nest Cam (battery) and Nest Doorbell (battery) devices that do not offer 24/7 video recording, since being battery operated means limited capabilities.

He also noted Google still plans to transition the “experiences” from the Nest app into the Home app, which is set to become the sole app for managing the company’s smart home and camera devices (it nearly is already). So instead of using two apps, you’ll soon be using just one app, Google Home.

Also coming soon is a desktop version of the Google Home app, to allow for feeds from new Nest cameras and doorbells feeds to be viewed from a web browser, coming in 2022. Existing Nest camera users already have had that option, but it hasn’t been made available for cameras set up with the Google Home app.

The response from Chandra detailing a new Nest doorbell with 24/7 video comes after Amazon’s Ring announced a new Blink Video Doorbell on Tuesday, at just $49.99 USD, for the United States.

We’ll have more on the Nest Doorbell with battery coming soon, stay tuned.