While the high-end gold Apple Watch Edition’s leather box also includes an integrated charger, those with Sport and Apple Watch editions will be looking at aftermarket solutions (unless an official Apple dock is coming??).

Griffin yesterday announced WatchStand, its Apple Watch charging dock solution that also has room to rest your iPhone along the base. Utilizing your magnetic induction Apple Watch cable, you coil it around the core and excess cable length can be cleverly hidden from view. 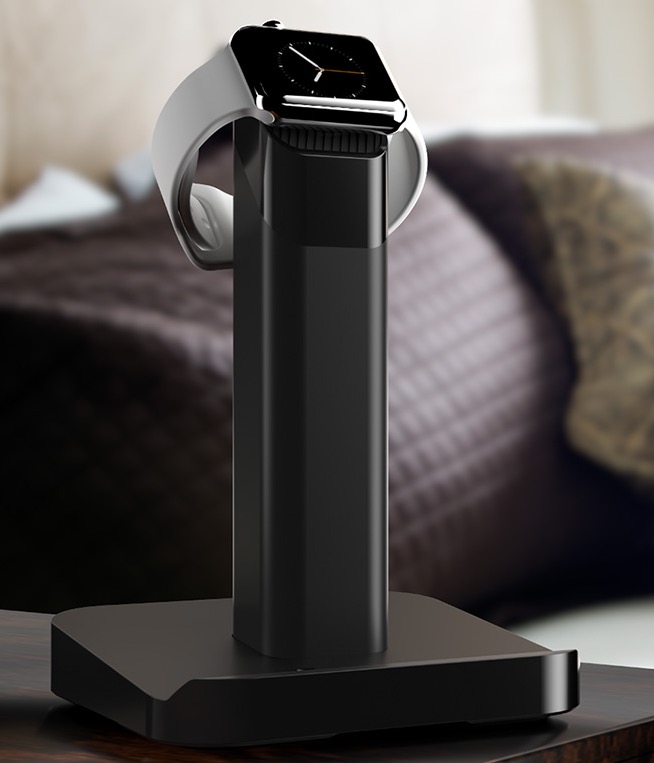 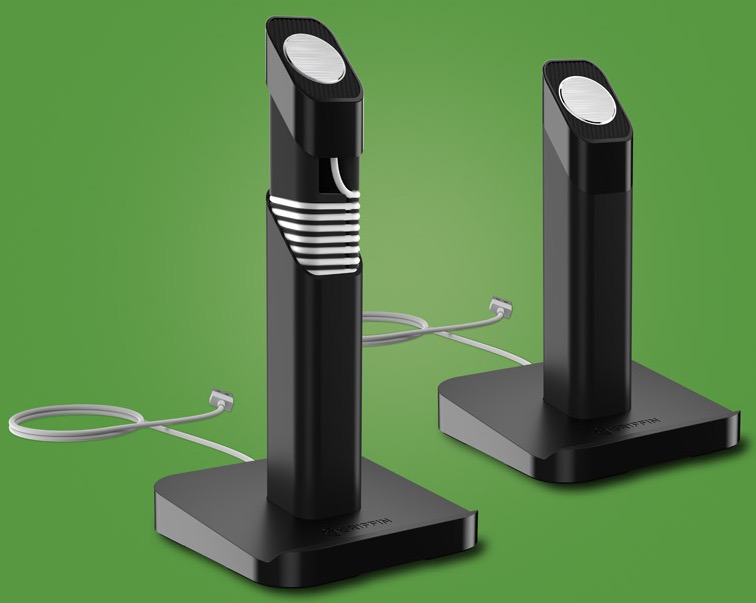 Mark Rowan, President of Griffin Technology said in a statement “Griffin has long been at the forefront of developing solutions for Apple’s newest devices and we’re continuing that legacy with our WatchStand charging dock for Apple Watch.” 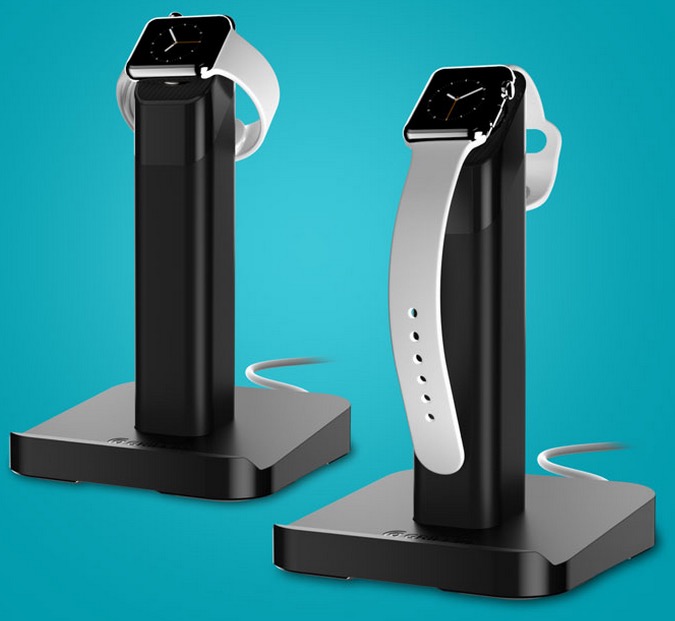 Griffin’s WatchStand will retail for $29.99 USD and is expected to be available in “Summer 2015”.