The folks over at The Verge have just gone hands-on with the world’s first “foldable PC” recently unveiled by Lenovo, a prototype ThinkPad the company says it has been developing for nearly three years and is planning to launch the final product in 2020 as part of its premium ThinkPad X1 brand. 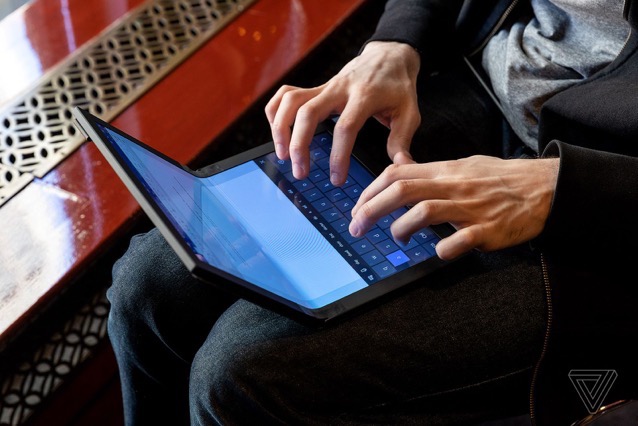 Lenovo says the idea of a foldable PC is to have a highly portable premium product that will be a laptop-class device and not an accessory or secondary computer like a tablet. The result is a 13.3-inch 4:3 2K OLED display that can fold up to about the size of a hardcover book. 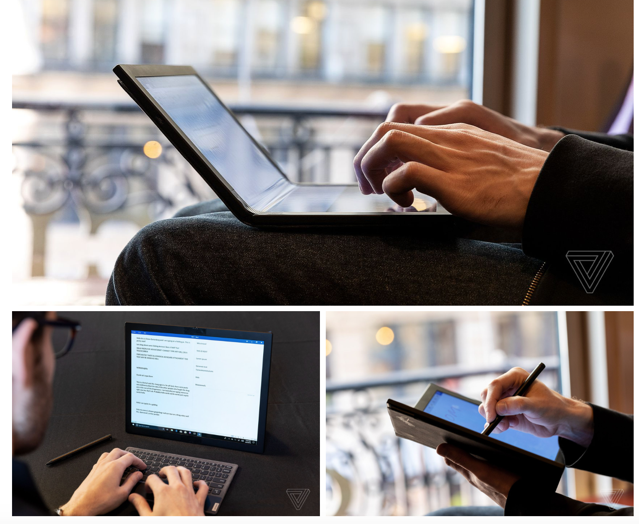 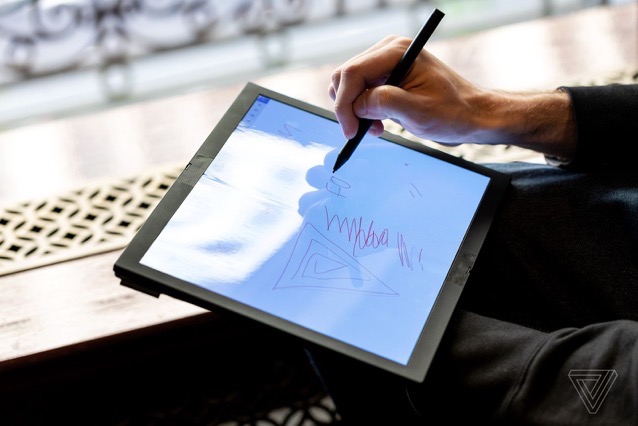 Here are a few excerpts from The Verge’s early hands-on review of the prototype device:

I got to try out a functional prototype, but there’s not a lot to see at this stage. The screen does fold, as advertised, and Windows worked well enough as a touch interface.

I will say that I really did like the size of it more than I expected. Folded up, it’s far smaller than even a regular sized 13-inch laptop, and while it’s not exactly something you’ll fit into a jacket pocket, even a large one, it’s comparatively compact.

The hardware is also clearly unfinished at this stage. The folding mechanism didn’t feel particularly sturdy on the prototype and the screen had remarkably poor viewing angles.

As for how you use the device, Lenovo is envisioning a variety of use cases. You can use it completely unfolded like a large tablet or partially folded in a book-esque form factor. A built-in kickstand lets you prop up the display on a table for use with an included wireless keyboard and trackpad.

Check out the video hands-on below and let us know what you think.

Microsoft has begun rolling out its September update for Xbox Series X/S and Xbox One. This month's software update adds a number of new features and quality of life changes, including lighting customization options for the Xbox Elite Wireless Controller Series 2. Kicking things off, Xbox now enables users to customize the backlight for the...
Steve Vegvari
4 hours ago