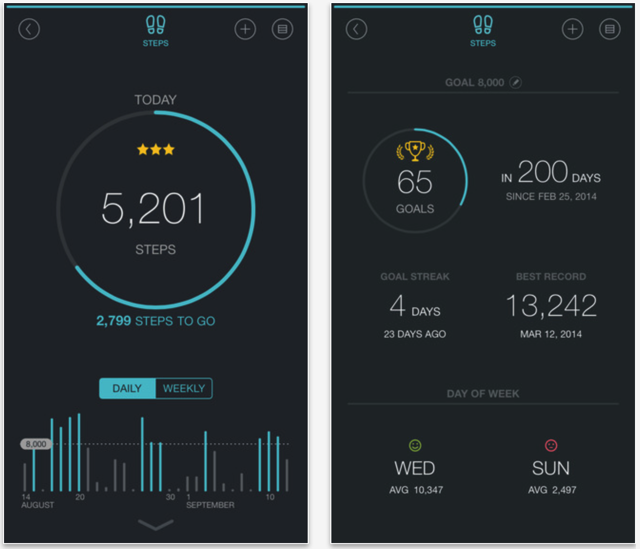 Following yesterday’s release of iOS 8.0.2, that fixes a bug related to listing of HealthKit apps in the App Store among other fixes, Apple seems to have finally started accepting apps in the App Store that integrate with the new Health app introduced in iOS 8. As pointed out by 9to5Mac, one of the first notable Health apps is FitPort ($1.99), which acts as a replacement dashboard for Health information.

“Now that 8.0.2 is out, Apple has finally allowed HealthKit apps to return to the store as shown by the appearance of FitPort. It’s unclear how FitPort managed to ‘jump the queue’ ahead of the bigger players, but no doubt an onslaught of HealthKit updates will follow in the coming hours and days”.

FitPort allows users to select what information they share with third-party apps, similar to asking for location access. Users also have to explicitly enable read and write capabilities for every health data type the app wants to integrate.

Main features of the app include:

You can try out the FitPort app at the following App Store link: