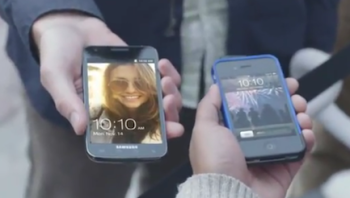 Remember that hilarious Samsung commercial released that mocked Apple ‘fanboys’ waiting in line for the iPhone 4S? Turns out the original full length commercial was a compilation of smaller clips.

Here are the other shorter clips from Samsung USA’s YouTube channel (via @stephenbcleary), most likely made to air on TV. One new commercial mocks the App Store, and some of the others have new scenes.

Why Wait? The Next Big Thing is Already Here (full length):

The Next Big Thing Has the Best Apps (this one is new):

What Are You Waiting For?

According to a report by MacRumors, Apple has updated its battery replacement policy for the sixth-generation ‌iPad mini‌, allowing customers to get their batteries replaced without requiring a device replacement. Prior to the announcement, if a customer wanted to get their iPad mini 6 battery replaced, Apple Stores, authorized service providers, and repair centers will give those...
Usman Qureshi
52 mins ago