The Apple Watch Edition, which is the version of the company’s smartwatch that comes in 18-karat gold, could cost up to $1,200, reports TechCrunch.

The report notes that a watch expert gave the above estimate based on the size and weight of the device. During the keynote, the company pointed out that the Apple Watch Edition was crafted by the company’s metallurgists to be “nearly twice as hard as standard gold.”

Chad Rickicki, a watch expert in Pittsburgh, Pennsylvania said that a case the size and shape of the Apple Watch in 18 carat gold would cost about $600 to make. The rest – the electronics and markup could double that price.

That doesn’t mean that all of the Apple Watches will rest in the rarified air of haute horlogerie. The lower end sport versions will start at $349 and presumably the standard versions, simply called Apple Watch, will receive a premium over that. The Edition watches, however, are expensive because gold is expensive, even at 18K and intermixed with Apple’s alloys.

The Apple Watch Edition will come with a polished sapphire crystal display and a rumoured special jewellery box that can also be used to charge the device. 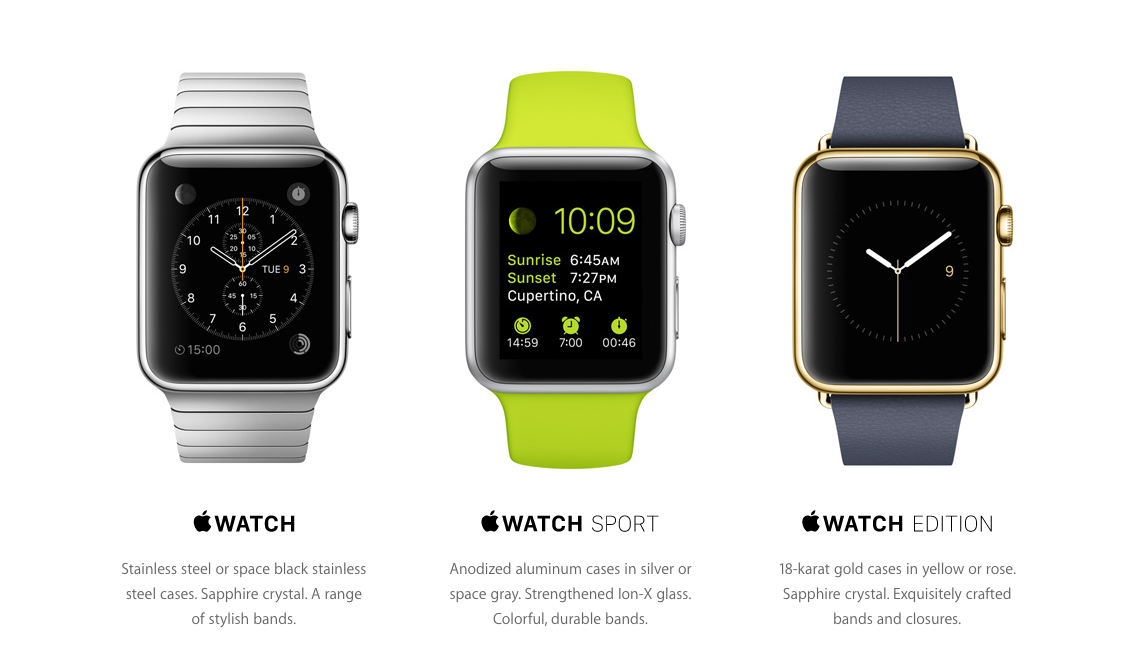