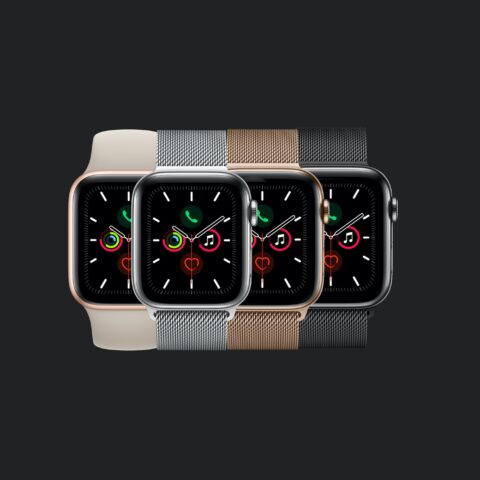 HODINKEE starts selling the latest Apple Watch 5 and accessories today, July 2, and sees it as entirely consistent and complementary to the other 25 brands its sells ranging from Timex and G-Shock up to Laurent Ferrier and Vacheron Constantin.

“Apple is one of the most prominent companies in the world, pushing boundaries in technology, design, and business since it was founded in 1976,” says the website. “With consumer products like iPhone and iPad, the California-based company has revolutionized how millions of individuals live, work, and communicate. In 2014, Apple debuted Apple Watch, a smartwatch that was Apple’s most personal device ever, and which quickly established itself as a new chapter in the history of watchmaking.”

HODINKEE founder and CEO, Ben Clymer, was the only member of a watch-focused publication invited to Apple’s keynote presentation in September 2014, when Apple Watch was unveiled to the world for the first time. Since then, the smartwatch has found a home on the wrists of many HODINKEE staffers.

“Apple Watch changed the narrative of what a watch can be, and it has had a greater impact on the perception of watches as personal possessions than any other watch in history,” the HODINKEE Shop says on its blog. “Because of Apple Watch, more people than ever before are using watches as tools for work and for pleasure, for travel and for communication. It’s something we think is – and will continue to be – truly amazing for watches as a whole, which is an opinion we’ve shared with you many times.”