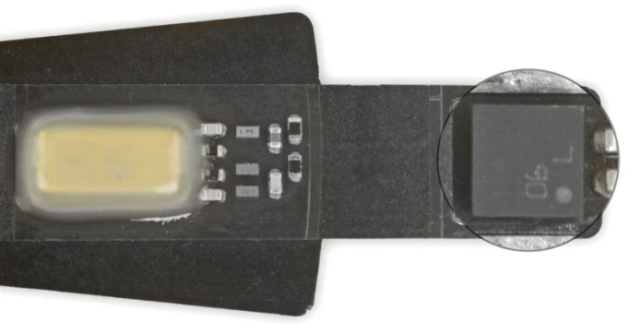 It’s been discovered that the Apple HomePod mini features a sensor of which is capable of measuring temperatures and humidity levels. Currently, the sensor is non-operational. However, it may point to a future software update that will allow the device to interact with other smart home devices.

According to Gurman, Apple has internally discussed “using the sensor to determine a room’s temperature and humidity”. Sources familiar with the matter have said that the intent is to utilize “internet-connected thermostats” to “adjust different parts of a home based on current conditions”.

The sensor itself is said to be designed by Texas Instruments. Its size measures roughly 1.5 x 1.5mm and can be found in the bottom edge of the HomePod Mini near the power supply cord. Based on analysis from TechInsights, a firm that analyses independent components within an electronic device, the sensor is “relatively far from the device’s main internal components”. Therefore, it’s believed that the sensor is integrated to measure external environmental changes rather than the HomePod’s temperature.

However, as it currently stands, the HomePod mini does not have integration with smart home thermostats. Given that major software updates for the HomePod typically release around the fall, this may signal Apple’s push towards deeper smart home integrations. Ideally, this could mean that Apple’s HomeKit could expand to thermostats and other devices in the future.

Additionally, as Gurman points out, the integration of temperature monitoring can be a way for Apple and its HomeKit to close the gap on its competitors such as Amazon’s Echo, which now features a temperature sensor.