House of Cards Season 5 is Now on Netflix

Netflix original House of Cards has debuted its fifth season today, with all 13 episodes available for you to binge-watch (time to order pizzas and put on sweatpants? Asking for a friend). 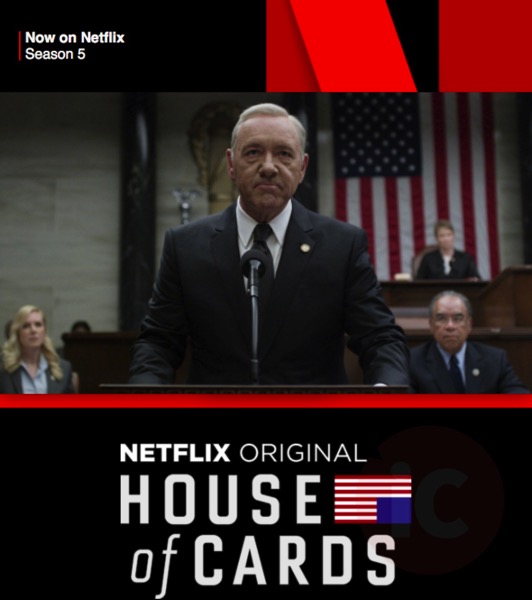 Here’s the official trailer for the fifth season:

Each episode is of course commercial-free and about 50 minutes in length.

If you’re a Spotify user, the streaming music service has created a couple jogging playlists for House of Cards’ Frank and Claire Underwood to celebrate the fifth season.

Last month, Netflix ditched its 5-star rating system in favour of ‘thumbs up’ or ‘thumbs down’.