At its Worldwide Developers Conference (WWDC) last month, Apple announced that it has added four new workout types to the Activity app in watchOS 7, including Dance, which users can pick and get the calorie credit for them instead of having to pick “Other” and getting a generic calorie count. 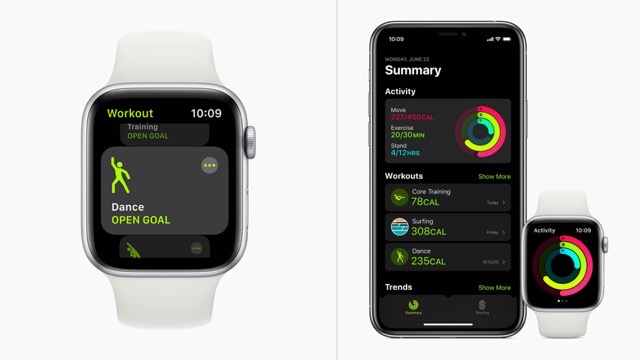 “Creating an algorithm to give accurate calorie credit for dance was a real challenge for a few reasons,” said Julz Arney from Apple’s Fitness Technologies team. For dance, the watch needs to detect how your “whole body is moving,” she said.

“Movements in dance aren’t always repetitive or predictable like they are in walking and running, so what the sensors can detect strictly from the wrist is not necessarily the whole story,” she added.

To find out exactly how hard you work when you dance, Apple put Apple put mobile metabolic carts on dancers back. These track your body’s metabolism while you’re performing an activity. They’re often used by athletes and even for health purposes at times, to detect breathing response etc.

This allowed the company to measure true calorie expenditure in a dance workout. To allow the research team to understand how movement at the wrist related to movement at the hip, the dancers had a phone attached to their hip. Additionally, the dancers wore a watch on their wrist and a heart rate monitor chest strap.

Collecting heart rate data allowed researchers to compare the calorie credit from heart rate data against the true calorie burn from the backpacks, ultimately creating an algorithmic model for the Apple Watch.