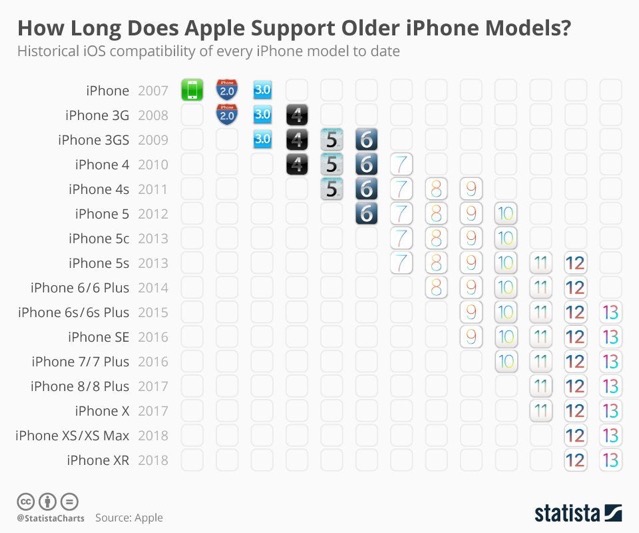 As you can see in the graphic above, the iPhone 5s had the longest span with 6 whole years of updates from iOS 7 all the way to iOS 12. That’s not bad, when you compare this timespan to Android devices.

Similarly, it’s impressive to see the iPhone 6s and iPhone SE, which made their debuts in 2015 and 2016 respectively, continue to support iOS 13, the latest version of Apple’s mobile operating system.

Which is the oldest iPhone model that you own?