In an exclusive interview with WIRED magazine, Apple’s senior vice president of software engineering Craig Federighi has shared some of the technical details how iOS apps will run on Macs. He also revealed that the frameworks for porting iOS apps to the Mac have been in development for almost two years. 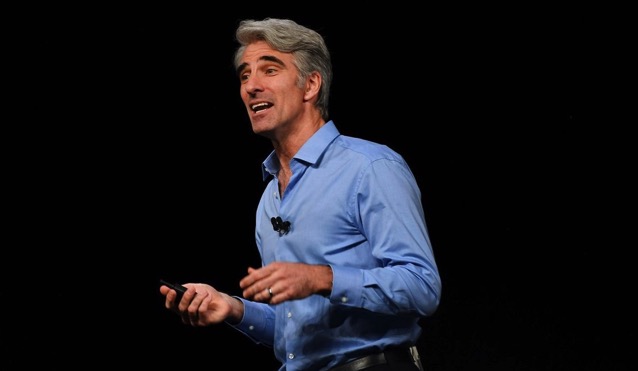 “The point of this is not to create a single unified OS”, Federighi said. He continued that Apple is working on bringing an iPhone software framework over to Mac and making it native to Mac, rather than using some type of simulator or emulator.

Just like developers are currently able to target an iPhone or an Apple TV as the device where their app will run, they’ll soon be able to target the Mac as well. Federighi, however, emphasized that your Mac won’t start behaving like an iPhone.

“It’s still macOS, you still have the Terminal, you can still attach four monitors to it, you can still hook up external drives,” he said. Federighi specifically mentioned Fortnite as a candidate for porting. He also said he could picture certain websites like IMDB, Yelp, or DirectTV having native desktop Mac apps.

Federighi added that he doesn’t think the touchscreen laptops out there today—which he referred to as “experiments”—have been compelling. “I don’t think we’ve looked at any of the other guys to date and said, how fast can we get there?”

Federighi noted that how an iOS app is distributed on the Mac and how much it costs will still be up to the developer. He also hinted that developers may get access to the tools required for porting iOS apps to Mac around WWDC 2019.

Paramount Global and Corus Entertainment Inc. announced this week they will launch their free ad-supported streaming service, Pluto TV, in Canada this winter in December. The service will debut with over 100 channels at launch, featuring shows such as NCIS, Hawaii Five-0, The Love Boat, and Judge Judy, along with Movie Channels like Pluto TV […]
Gary Ng
1 hour ago

Amazon Canada and Affirm have announced a partnership, expanding the latter’s monthly financing beyond the United States. Both companies said on Thursday a financing payment option will launch on Amazon.ca in October, in both French and English for eligible customers. An Affirm payment option will be added to Amazon.ca checkout. Customers will get a soft […]
Gary Ng
2 hours ago

Apple has released watchOS 9.0.1 for the Apple Watch Ultra, which launches tomorrow in stores. The first pre-orders of the smartwatch in Canada have already shipped. With watchOS 9.0.1, build 20R8380, Apple says “this update includes improvements and bug fixes for your Apple Watch Ultra,” specifically an issue where “audio could be distorted during phone […]
Gary Ng
4 hours ago