Developed openly on GitHub and distributed under the GNU GPL license version 3, ‘Darling’ is free and open-source software that lets users run macOS software on Linux directly without using a hardware emulator. 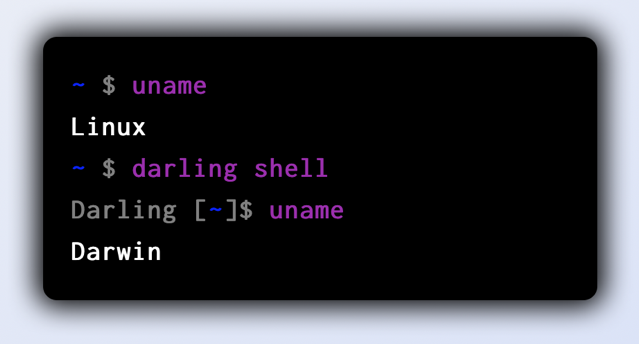 The name Darling is a combination of “Darwin” and “Linux”. Darwin is the core operating system macOS and iOS are based on. Darling is basically a translation layer software that implements a complete Darwin environment and does most of the setup for you.

Just as Wine lets you run Windows software on Linux, Darling does the same for macOS software.

“Darling is largely based on the original Darwin source code published by Apple. We use The Cocotron as a basis for our Cocoa implementation, along with the Apportable Foundation and various bits of GNUstep.

In the long run, we’d like to be able to run iOS apps on ARM devices (like most Android phones). A significant challenge here would be to write our own implementation of UIKit.”

You can start by reading the documentation to get familiar with Darling internals.