Yesterday Google announced Google Reader would shut down on July 1st due to declining usage. That announcement led to some rage online as the long running service has become essential for many to follow RSS feeds.

If you want to save and import your Google Reader feeds now, you can do so via Feedly and Flipboard. The former announced last night they had anticipated the shut down of the popular RSS service, so their project Normandy server is here to save the day. It’s essentially a clone of the Google Reader API running on Google App Engine. Once word of this got out last night, Feedly’s servers crashed due to demand but have since been upgraded and are back up and running.

How to save your Google Reader feeds now using Feedly? Easy…

Just download the iOS app or install the extension in Chrome or Firefox on your Mac/PC. Sign into your Google Reader account and boom, all your feeds will be there and ‘seamlessly transition’:

With Feedly on the web via its browser extension, you can enable a condensed view, which looks just like Google Reader. 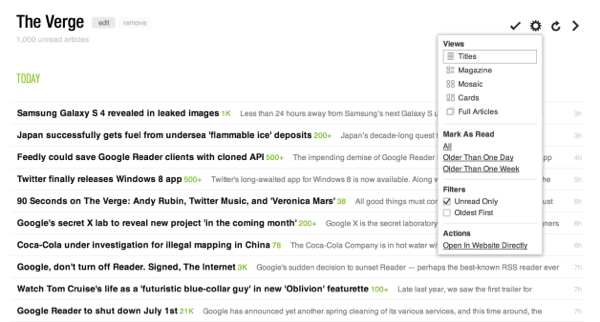 Check out some Google Reader tips here from Feedly.

Similarly, you can also save your feeds right to Flipboard as well. Last night they announced you can save your feeds to their service and access them after the July 1 shutdown. How to do this? Create a Flipboard account, tap on the red ribbon “Accounts”, then sign into Google Reader. Existing users signed in will already have their feeds saved. 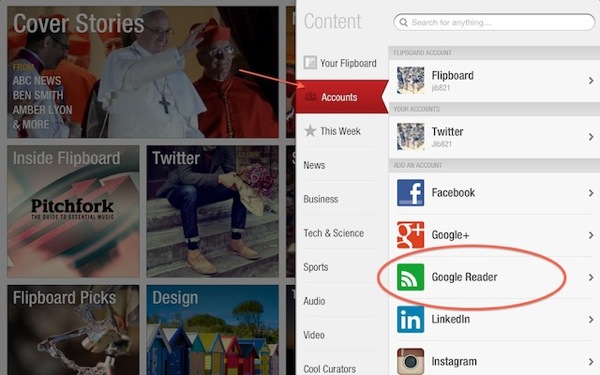 That’s pretty much it. Google Reader’s demise has also resulted in over 57,000 signatures on this online petition, as of writing. Sign it if you wish, although there’s no guarantee it will change Google’s mind.

What are some other RSS alternatives you’ve found so far? The race is on to create the next best RSS reader.