How to Sign a Document on iPhone or iPad, Explains Apple [VIDEO] 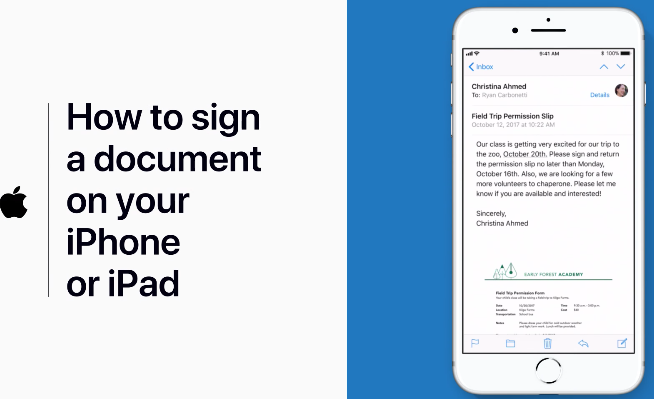 The latest video shared this morning shows you how to sign a document right on your iPhone or iPad. Check it out below:

These videos are really well done, as they’re clear and easy to follow. Also—is this the first Apple YouTube channel to have comments enabled (#duckandcover)?